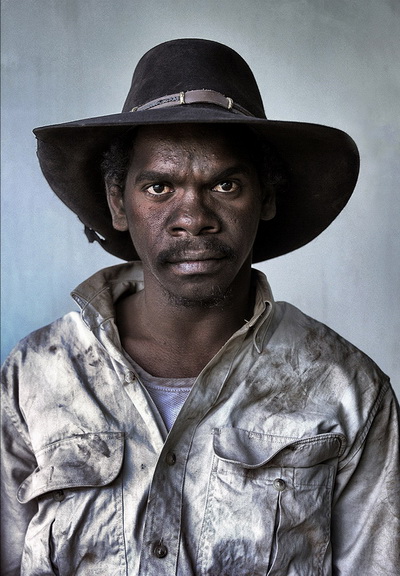 Brian Cassey is a member of the collective fotostrada based in Cairns, Far North Queensland. His image, “Stockman”, was awarded second place in the 2013 Head On Portrait Prize. "Stockman" (a portrait of Dominic Ngakyunkwokka) is just one image from the series The Aak Puul Ngantam Stockman, opening at the Global Gallery Paddington 6pm May 29 as a featured exhibition of the Head On Photo Festival.

APN is short for Aak Puul Ngantam which in local Wik language means “our father’s father’s country". For his series the entire crew of this mustering venture APN Cape York were photographed in situ at their remote bush camp site on Cape York Peninsula in the far north of Australia as they returned from a day’s work. They are mustering – by quad bike, helicopter and on horseback – about 5,000 head of wild cattle left to roam after a failed venture in 1990s. The aim is to provide sustainable employment for the local Indigenous people around Aurukun – and an attempt to break the cycle in the community of social dysfunction.