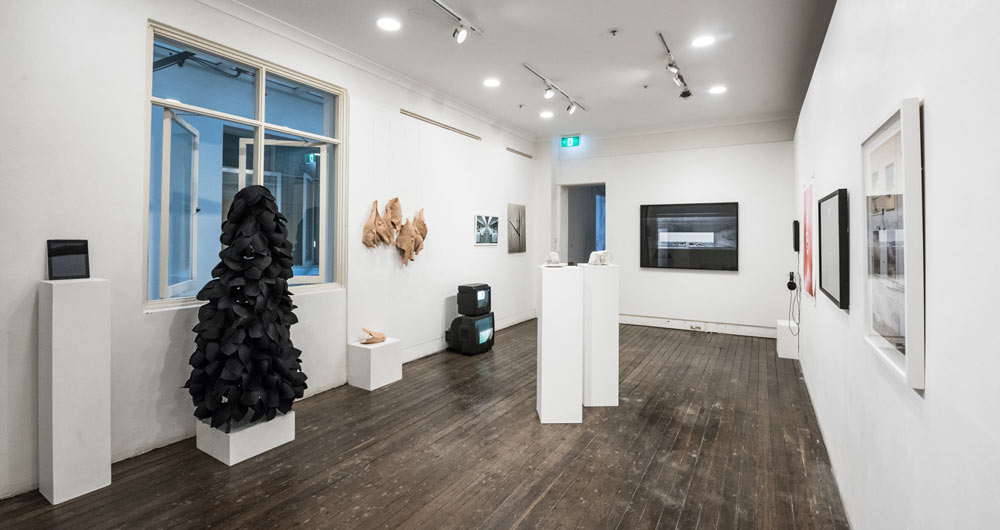 I'm sitting on a peak hour bus heading into the city for the opening of stillness at gaffa. To fill in the time I plug in my headphones, listen to spotify and start flicking through instagram. Flick, flick, flick, look, tap, tap, flick, ... I'm sure you get the idea.

On social media we spend on average around 2 seconds looking at an image depending on which report you read. You might think that it's just the mindlessness of social media but arguably the most famous piece of art in the world, the Mona Lisa, is viewed for only 15 seconds on average according to the Louvre. This stoic lady is instantly recognisable and perhaps does not require a deep investigation by the viewer to see what Leonardo was trying to express sadly she is not alone.

There has been many intensive studies into how long viewers engage with an art work and and they all come back with answers between 15-32 seconds discounting those that are only glanced as the viewer walks by. How can you connect with anything if you only give it a few seconds of your time?

Rhiannon in her curatorial debut asks you to leave the rest of the world at the door. To walk around slowly and to take the time to find a piece that speaks to you and look at it for a few minutes rather than a few seconds. Engage with the work, what does it look like? What does it convey to you? Perhaps by engaging with it, you might find something within yourself.

“Within yourself is a stillness and a sanctuary to which you can retreat at any time and be yourself ” – Herman Hesse.

[Head On] What was the genesis of this exhibition?

[Rhiannon Hopley] The original idea for this exhibition, came in part from my own practice as an artist and the peaceful solitude I find in creating my own work, though primarily it came from the desire to create a show that encourages the audience to slow down, hold them present to a moment, contemplate the work and create a peaceful connection and consideration to their ways of seeing our surrounding world.

stillness invited artists to respond to the concept and idea of what stillness means to them. Our world is increasingly fast paced, we are pressured by this idea of being in a constant state of ‘busy’, thus seen as productive and admirable. Art itself calls on the viewer to slow down and engage, just as the practice of creating requires process and contemplation by the artist. Also the dates that I was offered for the gallery space was right on the winter equinox, so the idea of stillness, and slowing down also felt pertinent to the timing of the exhibition.

[HO] How did you go about putting the exhibition together?

[RH] With the help of social media platforms, Gaffa Gallery and my own networks, I created a callout to artists, I wanted artists to respond with their own interpretation of what the word ‘stillness’ meant to them and their practice. The call out included the title ‘stillness’ and a quote by Herman Hesse, “Within yourself is a stillness and a sanctuary to which you can retreat at any time and be yourself ”, which allowed for an open interpretation while indicating the direction I had hoped for the exhibition.

I was taken back by many of the works that were submitted, and culling them down wasn’t an easy task. My focus stayed with selecting works that not only fit the theme but together created a coherent collection of works that would compliment each other.

After the difficult selection process, I worked with a floor plan and photographs of the works and began sitting with them, both digitally and printed to start developing a feel for the hang of the show. Though it wasn’t until I had the works in the gallery and could sit with the pieces that I was completely happy with the hang. I do feel as though this process with arranging the works from images, was a huge help in streamlining the install process. I also had a few of the artists excited to come in and help with installing, which made the install day before the opening a rather easy and stress-free experience.

One of the most remarkable aspects I feel, that came from this exhibition for me, was the diversity in the interpretation of the theme, many of the works were peaceful, or tranquil in their approach, while others created an almost suffocating isolation, which really appealed to me and I feel gave the show another strength.

[HO] Were you able to find much stillness during the process?

[RH] Definitely, I was rather surprised myself how stress-free I found the entire process, especially given that this was my first time curating a show like this. I like to be quite organized in my approach to most ventures, even if part of that organization is leaving some things up to chance. I think it’s important to be open and flexible to changes and any issues that might arise, for example, we had Paul Snell’s work stuck in transit for almost a week, only just arriving in time on install day. This meant that I needed consider a different hang if his work wasn’t going to arrive in time. Once the exhibition was all installed and hung, I spent a moment in the gallery space alone with the works. A last minute check, see if anything might need to be adjusted or changed and there wasn't, the works spoke well with each other, the space created exactly, at least for me, what I had been hoping for, a calmness.

[HO] Why was it important to you to include different artistic mediums together?

[RH] I purposefully wanted to welcome all mediums and provide a platform for installation and works by artists that may not get the space or opportunities to exhibit as often due to restrictions on mediums, because of difficulties with hanging or otherwise. I wanted to create a diverse show and a range of mediums helps in providing that as well as creating more of a challenge as a curator.

When I first glanced upon Paul's work, Decoding Sydney, as part of Head On Photo Festival 2015, you could be mistaken when considering the medium he used. The colour is so vibrant, the plexiglass mounting is luminous and the linear layers combine to take this work away from classic photography and into photomedia. He pushes the boundaries of the photographic medium, away from the chemical manipulation of silver halides in the darkroom to the data driven manipulation that invents new visual forms devoid of objects or clear subjects.

Paul says that "Drift# 201405 is a contemplative piece that presents the viewer with an image of reflection rather than representation. In its stillness the work transcends the mere mimetic vista, stripping away the irrelevant, revealing the fundamental meditative qualities that the Tasmanian seascape provides."

I first came upon Rhiannon's work during last years Head On Photo Festival with her show called Concrete and again later last year with her show at Black Eye gallery. Our modern landscapes are full of concrete and we often overlook this bland grey substance as something not worth our attention, but Rhiannon transforms these mundane structures into these compelling meditative works.

In this new series Rhiannon has continued her exploration as she says she is "compelled to explore the stark geometry of these raw, skeletal, often intricate innards of architecture".

As photographers it is easy to lose sight of the photograph as an object, often it is just an image on a screen or pigment on paper. Thats why I found Valentina's work so refreshing as it reminded me that a photography is an object and that it changes as you walk around it. It is delightful that the sculptures mimic the mountains that appear in the photographs. She says that "it is an experiment in terra forming and a minimal reimagining of the alpine landscape. By using simple three-dimensional geometric forms as reference for the mountain’s shape, it creates a wholly new landscape of these silent guardians" .