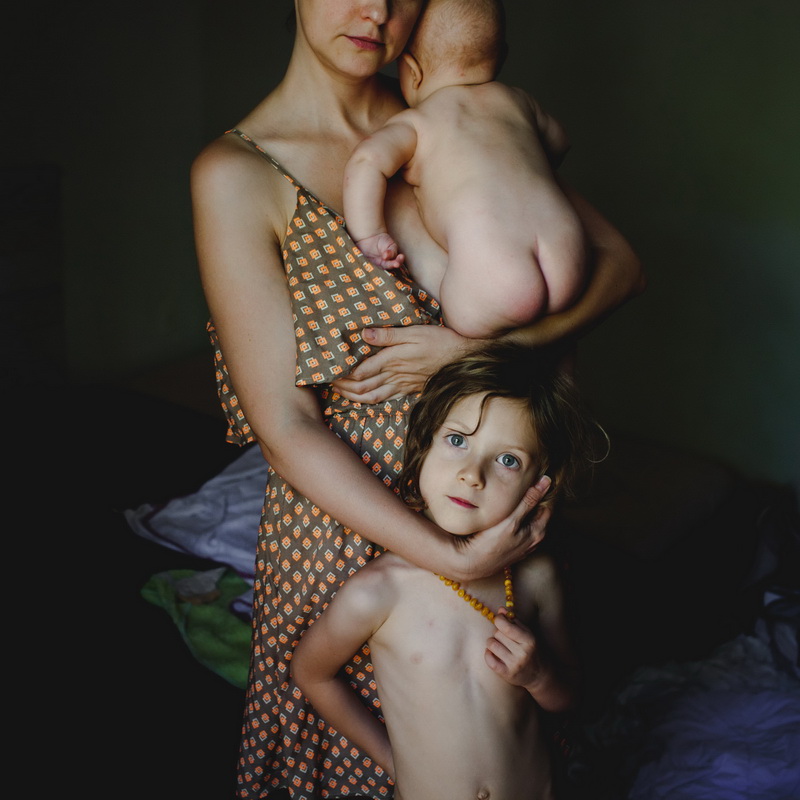 The winners of the Head On Photo Awards, Australia’s most prestigious photography prize, the Awards were announced by the Minster for the Arts in front of over 2000 guests at the official opening of the Head On Photo Festival at UNSW Art & Design Paddington on Friday 4 May 2018.

Each year four categories are recognised in the awards; Portrait, Landscape, Mobile and Student. More than 5,000 entrants vied for over $60,000 worth of prizes. The award winners represent a global selection of the best work from emerging and established photographers.

Crowd favourite category, the Head On Portrait Prize was taken out by partners Sávio Freire and Irmina Walczak. The image is a captivating family portrait taken after the birth of their son and aims to depict the each person’s feelings in the new unit – as carer, outsider and observer. The Mobile Prize went to Zay Yar Lin for a striking areal shot of a seafarer sweeping the bright red deck of his ship as waves crash below and the Student Prize was given to Hi Yin Chan for a mountain top portrait. Finally, Roger Grasas was awarded the Landscape Prize for his shot of the ancient Pyramids and the Sphinx of Giza shot from within the dining room of a well-known American fast food restaurant.

The Festival also announced entries are open for a brand-new award, presented in partnership with the NSW Government. Stories of NSW, The NSW Art’s Minister’s Award for Visual Storytelling is a first of its kind in Australia and will award $10,000 to a project aimed at recording contemporary life in NSW. The resulting exhibition of the winner’s work will be acquired and exhibited at the State Library of NSW during Head On Photo Festival 2019.

The award is open to NSW artists with an idea or work in progress, which must fall under the category of fine art photography, photojournalism, or documentary photography telling the stories of NSW. A team of industry professionals, photographers and curators will review the submissions in consultation with the Minister’s office to select the award recipient. Entries close 11 June. Applications can be submitted at www.headon.com.au.

Minister for the Arts Don Harwin commented, “The diverse and vibrant communities of NSW set the ideal platform for visual storytelling. ‘Stories of NSW’ is a wonderful theme that gives photographers wide scope to depict contemporary life in NSW. I look forward to announcing the inaugural winner next year and exhibiting their work as we celebrate the Festival’s tenth anniversary.”

“This photo is a portrait of us in the early days of the arrival of our son. It represents time in which each of us was searching and reviewing its place in this new organism called family. This picture is about being mother of two and becoming an octopus in order to supply physical and psychological needs of your offspring. It is also about being father of two and feeling unable and distant. Finally, it is about being the older child and losing the lap as well as pleading for attention.”

'Does each song have to be about love' - she asked.

“View of the pyramids and the Sphinx of Giza (Egypt) from the dining room of a well-known American restaurant of pizzas and fast food.”

For thousands, stadia are places full of passion, history and stories, also markers in life’s landscape; passing points of interest, both destination and journey.

“This landscape photograph is a digital composite comprised of 100 photographs of a journey merged into a single image to create the illusion of travel through time and space.”

“From the series 'Middle Kingdoms', an exploration of Chinese Restaurants and their owners in country and rural NSW. The Chinese restaurant has been a notable part of Australian culture and over the last half century. They exist as records of immigrant histories and cultural exchange at a time when Australia was a very different place. These kingdoms, scattered across NSW, symbolise more than just a place to have a meal. For many immigrants they were a life changing opportunity that enabled a journey to belonging. They also came to shape the Australian landscape as we know it today.”

NSW Parliament is proud to celebrate the landscapes of New South Wales, and the photographers who capture them so beautifully, by supporting the Head On Photo Awards for the fifth consecutive year. Speaker of the Legislative Assembly Prize Winner and President of the Legislation Council Prize Winner will be announced on Wednesday 16 May.

“A seafarer cleaning a ship red deck while a ship was sailing in the ocean. This was an aerial view of the ship red deck and whirling Blue Ocean as well as the life of a seafarer.”

“This photo is a documentation of my older sister on the due date of her second child. It captures a beautiful and fleeting moment of Rebecca's and Rita's bond as mother and daughter only hours before they both met Javi, their son and brother.”

“As a teenager growing up on Sydney's Northern Beaches I loved to surf, much preferring the ocean to Pittwater as you never knew what lurked beneath that dark still water. I was once held under by a large wave and from that time I have had a fear of big surf and of drowning. I still love the water but that moment from all those years ago stays with me as does that sense of unease when it comes to still water.”

Hiking has always been a way for me to escape. It is both scary and exciting when I think of my future. But at the end of the day, all I want for my future is FREEDOM.

Running from Saturday 5 – Sunday 20 May 2018, Head On Photo Festival is one of the world’s most prestigious photo festivals. Since it began in 2010 the Festival has evolved to include a wide range of stunning exhibitions from world-renowned photographers, innovative workshops run by international professionals and critically acclaimed mentors and community events aimed at everyone from enthusiasts and devout collectors.

This year, over 100 exhibitions will pop up around the city. Paddington once again will become a hub for the Festival, with over 20 exhibitions taking place in various venues, from Paddington Town Hall to the Reservoir Gardens as well as in over 30 shopfronts along Oxford Street. As always, Head On’s Festival Hub in Paddington will be made up of an electric mix of exhibitions. Supported by Fujifilm, the Festival Hub will feature 12 exhibitions including works by 87 international and Australian photographers.

New venue for the Festival this year, the Royal Botanic Gardens, will see some of the more ambitious and interactive exhibitions installed. From a floating exhibition in one of the ponds to an interactive app based collection, Head On Photo Festival’s exhibitions will add to the already stunning views of the harbourside gardens.

Head On Photo Festival is supported by City of Sydney, Woollahra Municipal Council and Create NSW.

Feeling inspired? Join us at the festival seminar this Sunday!