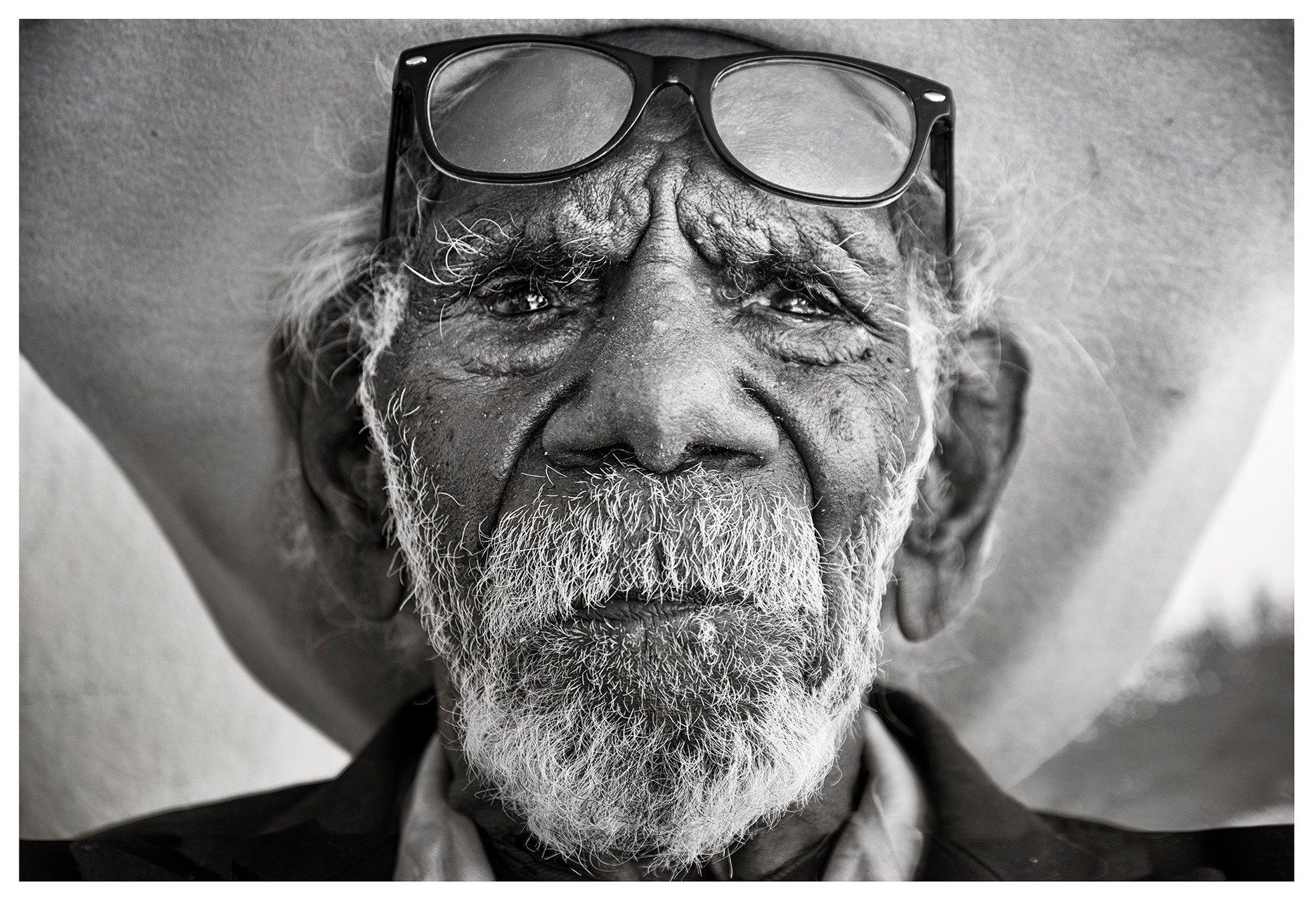 We are excited to announce our next Head On Spotlight guest is photography-based artist and poet, Judith Nangala Crispin.

Judith spends part of each year living and working with Warlpiri people in the Northern Tanami desert, and is herself descended from Bpangerang people in North-Eastern Victoria and the NSW Riverina. She is a member of Oculi collective and Poetry Editor of The Canberra Times.

Join us on 7th October at 6pm for the chance to hear fantastic insights into Judith's inspirations and creative process.

Head On Spotlight sessions are free for Head On members, and members can now view recordings of previous sessions, including incredible guests Stephen Dupont, Kate Geraghty and Roger Ballen. Become a member today.

My work in photography has centred on social justice projects. I founded and directed the Julfa Project, which virtually reconstructed significant khach’k’ars, or tombstones, from  destroyed Christian cemetery at Julfa (Ջուղայի գերեզմանոց). At its peak, Julfa held more than 10,000 ornately engraved khach‘k‘ars (cross-stones) dating from the fifteenth century and ancient ram-shaped stones, dragon stones and tombstones. From 1998 the cemetery was subjected to systematic wilful destruction by Azeri military forces and, between 2005 and 2006, was definitively destroyed. Despite the fact that there are more than10,000 bodies still resting in the ground at that place, the Azeris poured concrete over the cemetery site and turned it into a military base. Working with a small team, I was able to recover the only existing collection of photographs of Julfa cemetery, previously hidden in Iran, and get them safely into the collection of the State Library of NSW. I tracked down, photographed and 3D scanned every surviving Julfa khach‘k‘ar, and worked with a team to create a 3D reconstruction of the cemetery as a VR presentation. This work was shown in Rome in 2016.

Continuing in social justice, I was privileged to collaborate with the Warlpiri community of Lajamanu to create Kurdiji 1.0, an Aboriginal Suicide Prevention App. This app is available from Play Store for Android devices. We lose three Aboriginal people a week to suicide and most of these are aged between 8 and 11 years old. Lajamanu community made the unprecedented decision to share ceremony knowledge around resilience and mental health with the whole world via an app, in order to combat these suicides. The app was entirely crowdfunded. From 2011 until the creation of Kurdiji 1.0 in 2016, I spent months each year photographing Warlpiri people in the Tanami desert. During this time I was tracing my own erased Aboriginal ancestry, and the Warlpiri, especially the older women, gave me the courage to keep searching. I was adopted into the Patrick family in Lajamanu, receiving a skin name and later a “bush” name (Warlpiri name). My book The Lumen Seed, published with contributed texts from Warlpiri people, records my work from this time– in photography and also poetry.

The release of Kurdiji 1.0 coincided with the end of my twenty year search for my Aboriginal ancestry– and it was the Bpangerang who found me, not the other way around. This represented a turning point in my work. I couldn’t continue to photograph culture from the outside. I realised the enormousness of my privilege, and the fact that my privilege had been possible only because my family had erased its Aboriginal history. I needed to pay a debt to those who were erased from the family record, or whose stories were rewritten, so my mother did not become part of the stolen generation. My Lumachrome glass prints have their genesis in my relationship the Bpangerang, from whom I am descended, and the Warlpiri who cared for me over the twenty years I spent tracing my family’s heavily concealed Aboriginal lineage. They are created using a new method derived from archaic photography practices– lumen printing, cliché-verre, chemigram, and elements of drawing and painting. Their materials, drawn from Country itself, include cadavers, ochres, sticks, and grass. Exposed in natural light over many hours, these images honour native animals and birds killed on our roads. In making these lumachrome glass prints, I am consciously engaging in a collaboration with Country.

There are two questions currently driving this work. The first is how someone, raised in white culture, can reconcile herself with lost Aboriginal heritage. It is not possible for someone like me to become a ceremony woman, a law woman–not possible to become an Aboriginal woman in any significant cultural sense at all. The best I can hope for is to learn to honour the dead, as a cultural woman might – alone, without speaking for any tribe or culture, by following the example of strong law women who have helped me. And, as this is a very far goal, if not an impossible one, it makes sense to begin by practicing with animals and birds.

The second question driving this work, is what kind of connection with Country can be possible for someone with lost Aboriginal ancestry? or, for that matter, with no ancestry at all? Talk to Country, my Warlpiri friends advise, and the Country will talk back. But how can I speak to Country in a language of murderers and slave ships? Family records, however reliable or unreliable, will not strengthen relationship with Country. It’s not enough to say ‘oh, but I love the landscape’– not enough to take afternoon bush walks or rely on an inherited connection with land. Country is a wild and sentient intelligence, and if I want a relationship, I will have to create it from wildness, from sentience and intelligence.

My lumachrome glass prints explore the possibility of a shared syntax with Country–something vital and present, not inherited from tribes, not Anthropological abstractions— but genuine acts of communion between an individual and the land which nurtures them. These images are threnodies for fallen rabbits or birds, but they are also an act of mourning for my family’s obliterated Aboriginality, for all the conflict and pain that has caused and continues to cause. We are nowhere people - uneasy in white culture and lost to black culture, divided among ourselves. The only choice is to begin again, to negotiate new relationships with Country, new languages, new ways of being in this land.