Entries to Head On Photo Awards are now closed 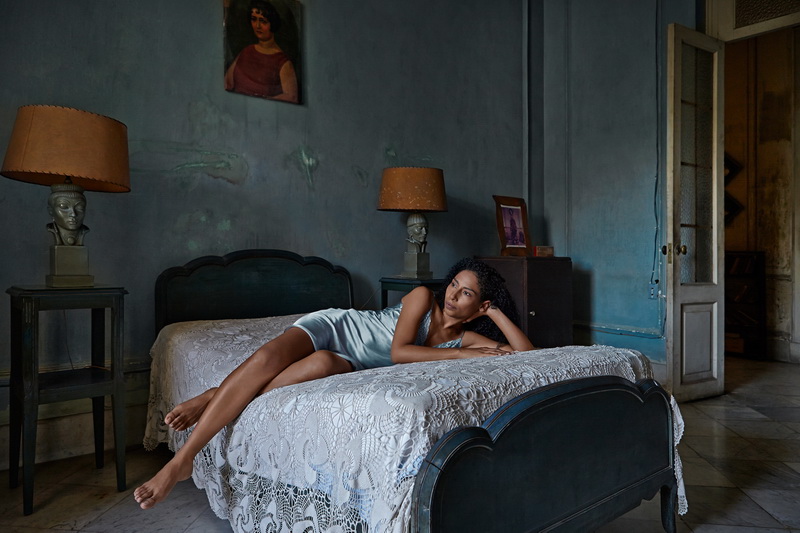 We love to see our finalists go on and do great things with their photographic works!

Gillian Hyland, a 2017 Head On Portrait Prize Finalist, launched a Kickstarter campaign on Monday 18 September 2017 to fund her first published book, entitled Words In Sight. The campaign will run until Monday 30 October and offers donors rewards for different levels of support.

Words in Sight will be a stunning selection of photographs and poems by the artist, spanning ten years of work.

Hyland started off in styling & set-design, which is obvious in her mesmerizing and supernatural staged images, not dissimilar to film stills. Hyland’s unsettling mise-en-scène are full of sex and desire, sadness and nostalgia. The narratives are psychologically evocative - at once sublimely theatrical yet poignant. Frozen in time, solitary and vulnerable moments are presented in glorious technicolour and timeless sets. Hyland describes herself as an image maker and story teller. Her dramatic photographs are based on her own poems, and depict characters in human dramas and isolated emotional situations.

Gillian’s process is lengthy and involved; setting up a shot can take up to three weeks of preparation. When choosing the characters, Hyland looks for people who can give something of themselves.

Hyland adds, “I want the viewer to look at my image and see themselves. The use of sets and costumes is part of creating a story that we can all identify with, a past of which we can just recall parts. It’s not about creating a pretty picture, for me it’s the intention that lies beneath it that is truly worthwhile. I’m drawn to the thinking mind behind the face, the subject’s eyes holding a story in their gaze; that is what I aim to capture through my photographs.”

To learn more, or support Words in Sight, click here