The nitty gritty with photographer and podcaster Ben Smith 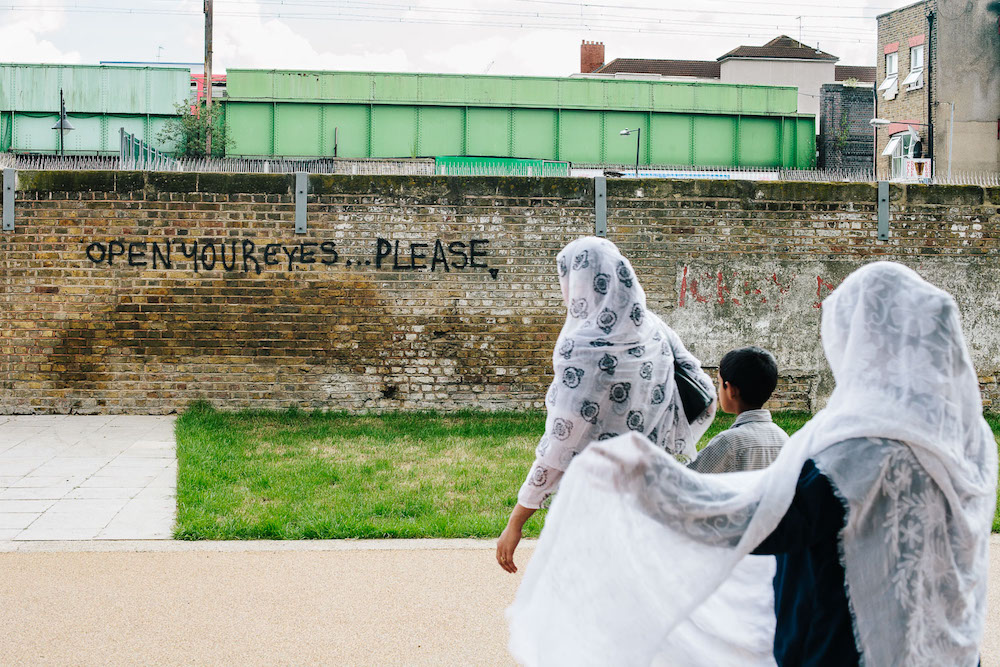 Please tell us a bit about yourself - what is your background and how did you come to photography/art?

I initially got into photography as a kid, partly I think because my dad was a keen amateur and partly because, by total coincidence, I had a couple of close friends who were also keen. But it was never more than a hobby because from an early age I knew I wanted to be a journalist. That ambition, along with a chunk of my late teens, quickly imploded in a miasma of Marlboro reds and hash smoke during many lost nights in either the local pub or my bedroom, where I was too stoned or angst-ridden to either revise for exams or implement my backup plan of becoming the next Jimi Hendrix. Thankfully, with moments to spare before my life crashed to the ground in a fireball, I managed to pull the nose up in the nick of time. I re-sat and passed my A’ levels and got a degree in media production. Then I began freelancing as a writer (*see ‘choosing yourself’ in a few questions time), offering features to publications on spec. It was during this time that I rediscovered my interest in photography, so I enrolled on a post-graduate photojournalism course and became a jobbing editorial photographer.

Can you give an overview of one of your typical workdays?

Happily, there is no such thing. Nor has there ever been. I might be building a website for someone; doing some teaching, either online or in-person; I might be preparing for or having a chat with a photographer on my podcast; and, now we finally seem to be emerging from Covid, I will certainly be back out there taking pictures in an attempt to finish my long-term project. Whichever of the above applies, there is always a considerable amount of procrastination, displacement activity and general pissing about thrown into the mix.

Tell us about your work - what does it aim to say or how does it address contemporary social or political issues?

My current photography project is, on one level, simply a snapshot of an inner-city borough. But therein lies some of the oldest themes in the book, namely the disparity between the haves and have-nots, multiculturalism, class and how capitalism exploits and feeds on our universal human desire for a ‘better’ life. But I’m not really aiming to ‘say’ anything. It’s not a polemic or overtly political. I’d rather the viewer made their own associations and drew their own conclusions, because one of the fascinating things about photography is that we all filter what we’re seeing in a photograph through the prism of our personal experience, perspective, ideology and beliefs, and so we all interpret an image or a body of images, according to that filter. I like that.

Who or what influences your work?

There’s a huge bias in this industry towards the young. We hear a lot of ‘emerging’ this and ‘ones to watch’ that. I think that’s fair enough because the next generation must be encouraged and supported, but as a photographer, I’m influenced by those among my contemporaries (people who have hit the big 5-0 and beyond) who have managed to produce consistently good work over a long period of time whilst simultaneously managing to earn a living and retain both an enthusiasm for their craft and the desire to keep developing. Achieving that is quite a feat, and as someone who has failed to pull it off I’m in awe of those who do. As a podcaster, I’m influenced by the people who manage to make it look easy. Which it isn’t.

How do you know when a body of work is finished?

I think it differs from individual to individual and body of work to body of work, but one good rule of thumb is that when the very idea of shooting another image for a project makes you want to throw up, it’s probably time to consider that project finished.

How do you seek out opportunities?

I just try to do the work as best I can for its own sake. If you focus on working hard at getting as good as you can, opportunities will arise. But anyway, I think it’s better to think in terms of creating opportunities. Because otherwise, you’re kind of just waiting to be ‘chosen’, and why wait when you can choose yourself? A bloke called James Altucher wrote a whole book advocating this philosophy. You don’t have to wait until someone else decides you’re worthy or qualified or good enough. You can decide that yourself and get after it. The traditional gatekeepers have largely been swept aside, so there are now unprecedented opportunities to make something and, as long as it’s any good, find an audience for it. Part of the inspiration for my starting a podcast came from embracing that philosophy. Nobody is gonna just commission a podcast. But absolutely anybody can go and create one tomorrow. I took that truth to heart and acted on it. I also advocate what I’d call ‘positive hustle’. Get out there and strive and be energetic and enthusiastic in the pursuit of your goals but do it whilst simultaneously being collaborative, kind, generous and supportive of others in their attempts at doing the same. Even (or especially!) when those people are your competition. If you can set your ego aside and celebrate the achievements of others in the face of your own apparent failures, people will reciprocate in spades when the tables are turned, which sooner or later they will be! And the positive karma you will be putting into the world by committing to that ethos will come back to you tenfold. I heard the musician Amanda Palmer make the same point brilliantly in a podcast chat: “What no-one f***ing realises is that when you are giving and outer-directed, then you are showered with bounty. Because it always works that way. And if you live your life in fear, and scarcity and greed and lack of generosity, everything sucks.”

How have you developed your career?

The honest answer is that I haven’t. I like to joke that the word ‘career’ is more of a verb than a noun to me. To career is ‘to move swiftly and in an uncontrolled way.’ That about sums it up. Except I have rarely moved swiftly.

What skills are required or personal attributes essential for success in your position?

Speaking as a podcaster, you need to be interested in and curious about what makes other people tick. Then you need to ask the kind of questions that will help you discover the answer. Above all, you have to remember to shut up and really listen.

What parts of your job do you find most challenging? Enjoyable?

The most challenging thing by miles is income. Trying to monetise my skills. And it’s the real elephant in the living room, isn’t it? Because money is still a hugely taboo subject. People are incredibly uncomfortable talking about it. Most people would sooner talk about their sexual proclivities than their income. But I’m not most people. I’ve never really had any proper money. And until relatively recently it didn’t bother me as long as I could make ends meet. Because I saw it as a kind of badge of honour that I’d survived, doing something I enjoy, without ever having had a proper job in my life. Now as I get older I worry about money all the time and I regret being blind to the importance of trying to create some measure of financial security for the future. But I’m always willing to own the choices I have made; or more accurately in this case, failed to make… On the other hand, the most enjoyable thing, of course, is that I have never had a proper job in my life.

Who or what should we be looking out for in the field today?

Keep listening to the podcast, A Small Voice: Conversations With Photographers to find out!

Thank you to Ben for a great interview.  And we don't want to miss out on hearing all about the latest photographers to watch so we'll be sure to tune into his podcast!

Make sure you don't miss out on this year's Head On Photo Awards - entries close on Monday, May 31, so don't delay - enter now.