The Naked Truth: Exploring Sexual Identity from Behind the Lens | Head On Photo Festival

The Naked Truth: Exploring Sexual Identity from Behind the Lens

We all want to be heard, and we all struggle to be seen in a world over-saturated with images, many of them generated by marketing professionals; how do we cut through this soup of images as creators and consumers to deliver our message, be it social, political or artistic?

A single day, jam-packed with experts across Australian and international photography and the art industry who share their passion for photography through presentations and thought-provoking discussions to inform, inspire and answer your questions.

Some of the topic of the day: 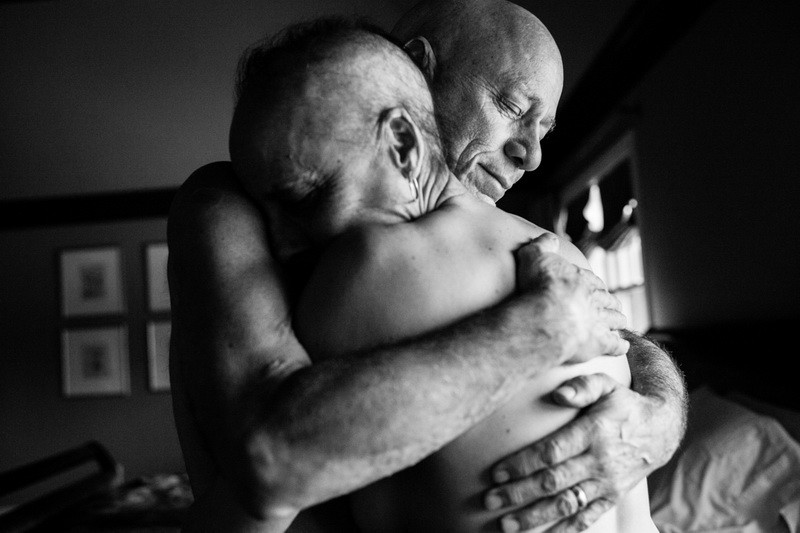 To Be or Not to Be: Brand building for your photogaphy

Avenues of marketing and building your brand and craft as a contemporary working photographer.

Image: Nancy Borowick from her featured exhibition The Family Imprint

Art of Pitching: Generating your own work and gathering support

Transforming process of generating your own work, gathering support and funding your projects.

Back to the Future: Meaning of photographs over time

Understanding changes in the value of your photographs over time and the practice of archiving in today’s digital environment.

This session presented by

Paula Bronstein is one of the world’s leading photojournalists. Currently based in Bangkok, her work reflects the eye of a dedicated humanitarian and conflict photographer. She is the author of the internationally acclaimed book “Afghanistan: Between Hope and Fear“. Paula worked as staff for a variety of US newspapers for 14 years. She went onto working for Getty Images news wire as a staff photographer from 2002-2013 covering stories globally.

James Whitlow Delano is an American reportage photographer based in Tokyo, Japan. He has published several books of photography and is known for long term projects based on human rights, the environment and culture. He is the founder of @everydayclimatechange on instagram. His work has been awarded internationally: the Alfred Eisenstadt Award (from Columbia University and Life Magazine), Leica’s Oskar Barnack, Picture of the Year International, PDN and others.

Nancy Borowick, a World Press Photo winner, is a humanitarian photographer currently based on the island of Guam. A graduate of the International Center of Photography and Union College, Nancy focused over the last 10 years on telling stories of illness and personal relationships. Her monograph, The Family Imprint, published with Hatje Cantz in 2017 was a winner in the Photo District News Photo Annual and in the International Photo Awards. She is a regular contributor to the New York Times and was featured in the New York Times Lens Blog, CNN, National Geographic, Stern Magazine and others. Her work has been exhibited internationally, most recently at Anastasia Photo Gallery in New York City.

Debi Cornwall is a conceptual documentary artist who returned to visual expression in 2014 after a 12-year career as a civil-rights lawyer. Her work explores power and identity in the post-September-11 era. Welcome to Camp America: Inside Guantánamo Bay (Radius, 2017) was a 2018 ICP Infinity Award nominee, and shortlisted for the 2017 Paris Photo-Aperture First Book Award and les Rencontres de la Photographie d'Arles Photo-Text Book Award.

Megan Dick has over 15 years experience in the arts industry.  She is the Director of MiCK Fine Art, the curator of The Glover Prize and is a member of the selection Committee of Head On Photo Festival.

Kate Geraghty is a multi-award winning photojournalist working at The Sydney Morning Herald. Her work has been focused on covering people living in conflict affected countries such as Syria and Afghnistan. She is the 2017 Nikon Walkley Press Photographer of the year.

Jamey Stillings is a documentary and fine art photographer based in the USA, whose current aerial and ground-based project, Changing Perspectives, focuses on global renewable energy development.

Marcus Lyon is a UK based artist and social entrepreneur. Commissioned and exhibited globally, his works are held in both private and international collections including the Art Institute of Chicago, the Arts Council Collection and the Smithsonian. His work moves beyond traditional forms as he incorporates sound & science into his practice. Outside the art world, Lyon is a determined social entrepreneur and an active public speaker. A TED speaker, he currently serves on the boards of Somerset House and Leaders’ Quest.

Alison Stieven-Taylor has been a journalist for over 20 years writing for Australian and international magazines and newspapers. For the past decade she has specialised in writing about photojournalism and social documentary photography. Alison is the publisher of the widely read blog Photojournalism Now. Currently she is writing her PhD thesis on photography as social change and lectures in journalism at Monash University. She is also the author of two books including the bestselling Rock Chicks: The Hottest Female Rockers from the 1960s to Now.

A trained commercial photographer, she is now one of Australia’s most highly respected creative intermediaries. In February 2013, Sally launched an online creative resource that redefines the way creative professionals, from all walks of industry, connect with the corporate world, creative industries and each other.

Andrea Durbach is Professor of Law at the University of New South Wales and former Director of UNSW’s Australian Human Rights Centre (2004-2017). Born and educated in South Africa, she represented victims and opponents of apartheid and was Director of the Public Interest Advocacy Centre in Sydney, before joining UNSW.

Mags King is the managing photo editor at Fairfax Media responsible for leading a successful team of photojournalists. With twenty years experience, she has overseen and directed coverage of major news events locally and internationally. She has curated and produced high profile annual photo exhibitions and has been photographic judge for the Walkley Awards, Amnesty International, Indian Photographic Festival, Clique and is an incoming member of the Walkley advisory board.

Lee Herbet is a visual storyteller. Through his company, CapturingPassion, he and his team have helped some of the biggest companies in the world tell their stories. He loves teaching photography/video and editing. He runs workshops all over the world. He writes for a number of online photography and video sites on topics ranging from reviews to “how to” articles.

Samantha Everton is a Melbourne-based photo artist who specializes in photographic fine art often with surreal or dreamlike qualities. Her constructed, theatrical images are known for use of light and intense colour, and for their recurring themes of cultural identity. Represented by galleries in Sydney and Queensland, Samantha’s highly awarded work has been widely exhibited both nationally and internationally and is held in a number of collections.

Beginning his career 5 years ago as hired help for a photographic equipment shop, Joel is currently assisting some of Sydney’s best photographers. During this time he became a visual storyteller and a portrait photographer with his own unique style. His work has been nominated to The Doug Moran Photographic Prize, The National Photographic Portrait Prize and Head On Photo Awards.

Chris Loutfy is a Sydney-based photographer, specialising in fashion campaign, editorial and documentary photography exclusively on film. Chris’s fashion portraiture supplies the streetwear world with his unique style and tone, and has seen him work with the likes of Adidas Originals, Nike, Reebok, Converse, Vans, Universal store and more while having his documentary work published often in Acclaim Magazine, Life Without Andy and Good Sport.

Carly is an Experienced Picture Editor, Photographer and videographer based in Sydney Australia. Primarily in the newspaper industry with experience in commercial, editorial, fashion and travel photography. She worked as a video producer for Crinkling news with Saffron Howden for two years and she spent Seven years at News Corp Australia as a professional photojournalist and Picture Editor, she is the current Picture editor and photographer for The Guardian Australia.

Emma Hack is an Australian artist working in the medium of body paint installation and photography. Emma’s astounding artworks have captured the attention of collectors and art lovers worldwide, including her Wallpaper series, in which she painstakingly camouflaged the human form by hand painting her models into the remarkable designs of the late Florence Broadhurst and ‘Native Mandala, ‘Birds of a Feather’, ‘Utopia’ and ‘Birds of Prey’ collections featuring native animals and live birds resting on the models arm or hands. Emma’s collaborative music video for Somebody That I Used to Know with Grammy award winning musician Gotye which has been viewed on YouTube by a billion people worldwide.

Jackson Pellow is a marketing professional with over 15 years experience who specializes in the promotion and positioning of visual media and exhibitions. He has worked with filmmaker Gillian Armstrong on the award-winning feature Unfolding Florence, was the project lead for Screen Australia on the YouTube Map My Summer UGC experience, and most recently directed marketing campaigns for international photography exhibitions such as Ansel Adams – Photography from the Mountains to the Sea (Peabody Essex), Wildlife Photographer of the Year (Natural History Museum London) and Undiscovered by contemporary Indigenous artist Michael Cook.

Photographic historian Alan Davies was the first Curator of Photographs at the State Library of New South Wales from 1989 to 2014, overseeing a collection of a more than a million images. He previously worked at the University of Sydney for a decade, where in his spare time he read the Sydney Morning Herald for the 19th century and wrote a history of Australian Photography from 1841-1900, which won the inaugural Australian Heritage Award for publications. In total, Alan has written six books, 14 catalogues and been responsible for 20 exhibitions on aspects of photographic history and photographers. Not surprisingly, he is also a keen photographer.

Melbourne based artist Sinead Kennedy’s practice is guided by an interest in photography and social issues, in particular, how structural violence is enacted on specific groups. She explores expanded documentary as a mode of visual storytelling.
Sinead studied photography at the Royal Melbourne Institute of Technology. Her work was shown at the Pingyao International Photography Festival and the Exposure Showcase in Melbourne. She was selected for the inaugural Oculi Collective Internship program 2017-18.
Sinead received The Pool Grant 2018 which include mentorship and a solo exhibition during Head On Photo Festival. 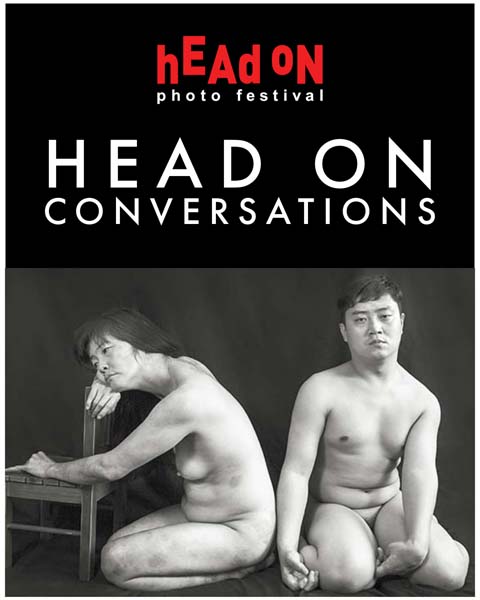