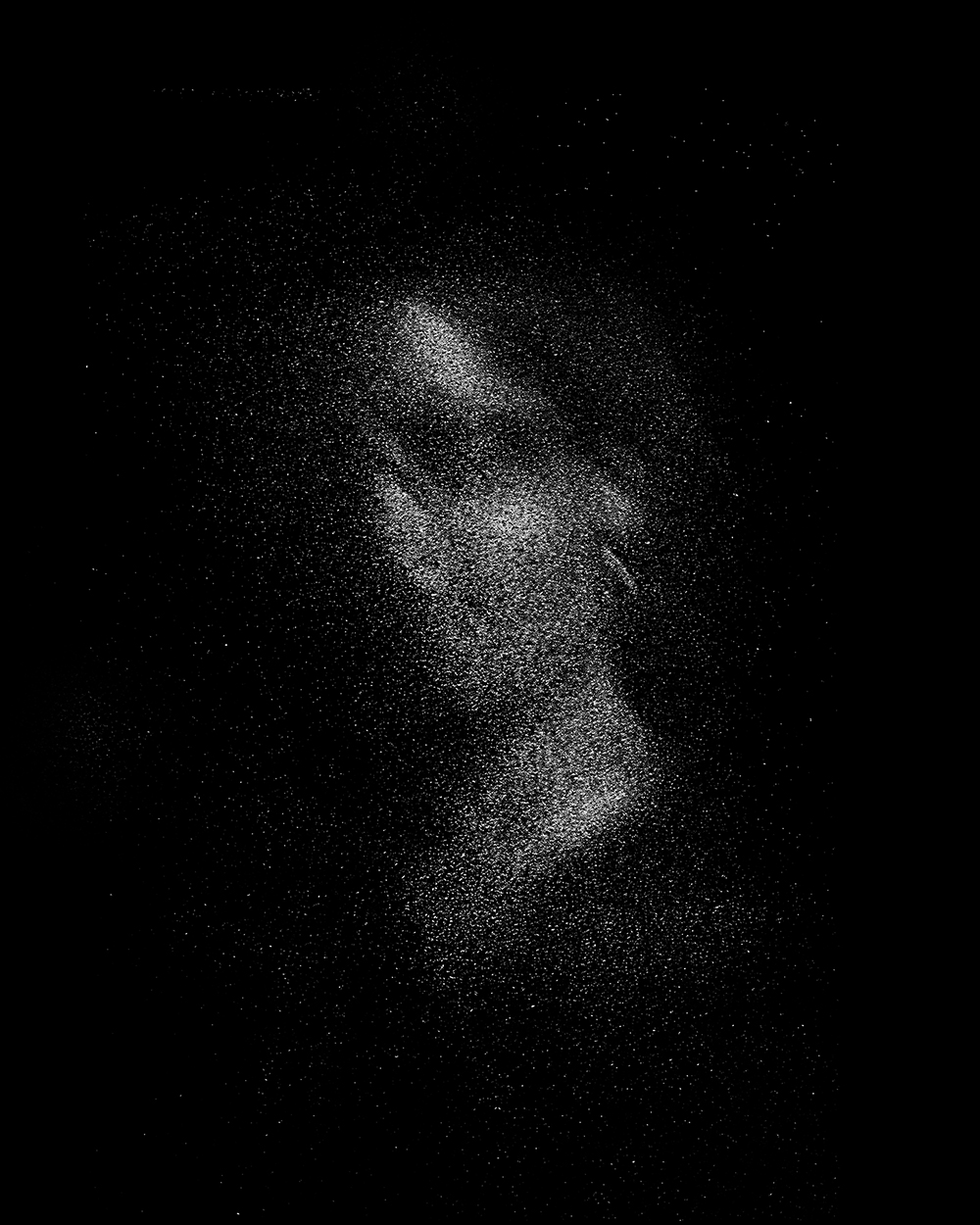 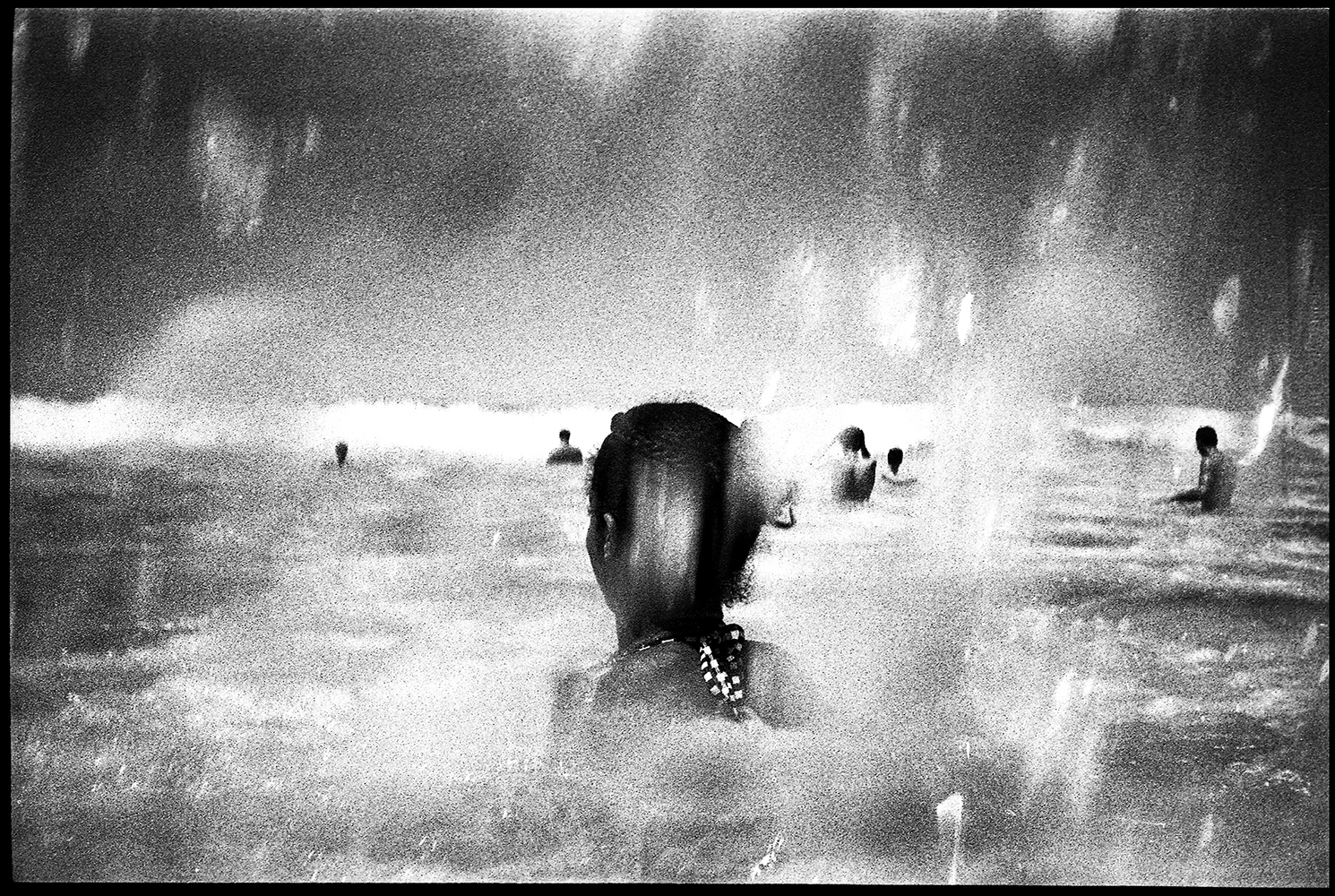 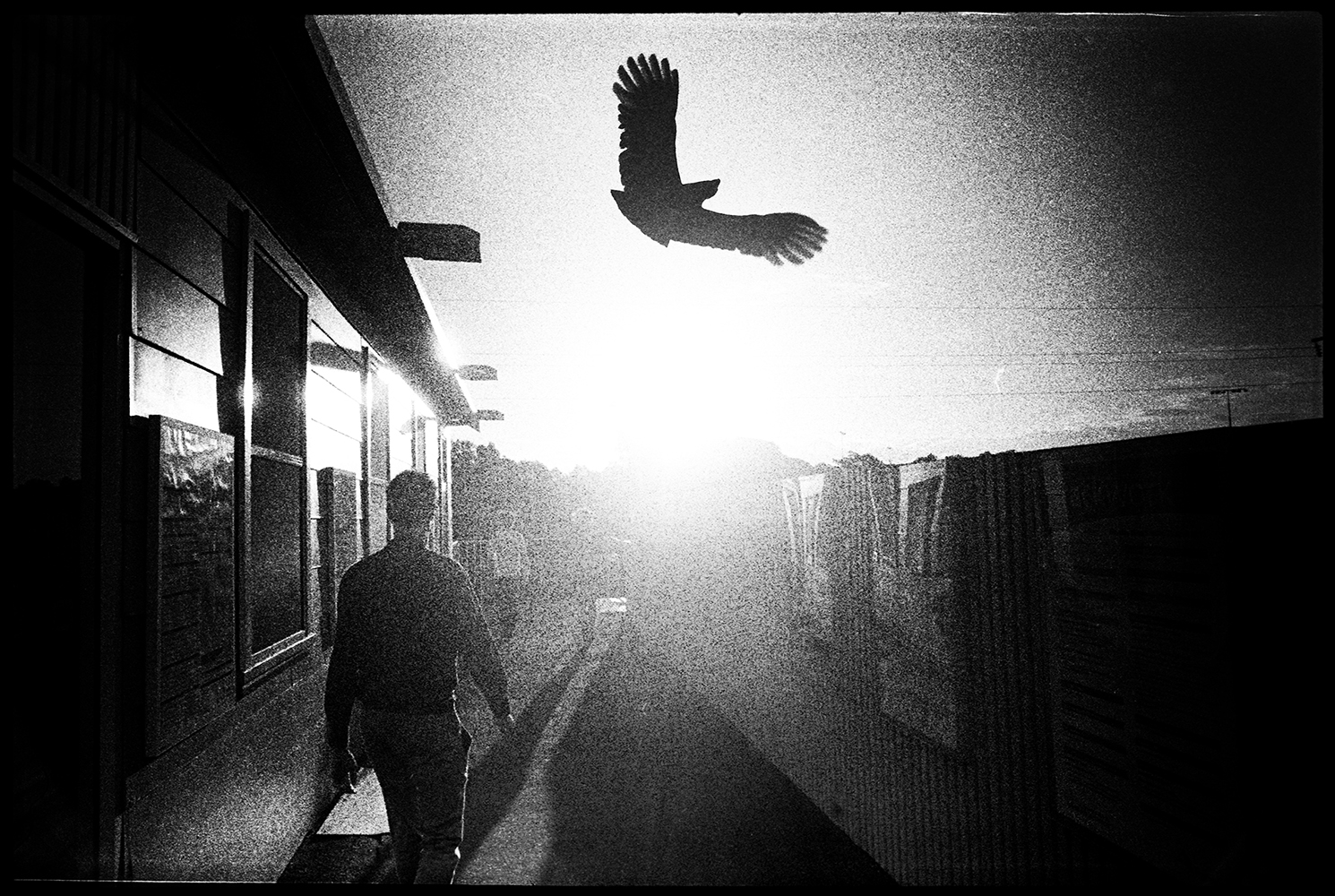 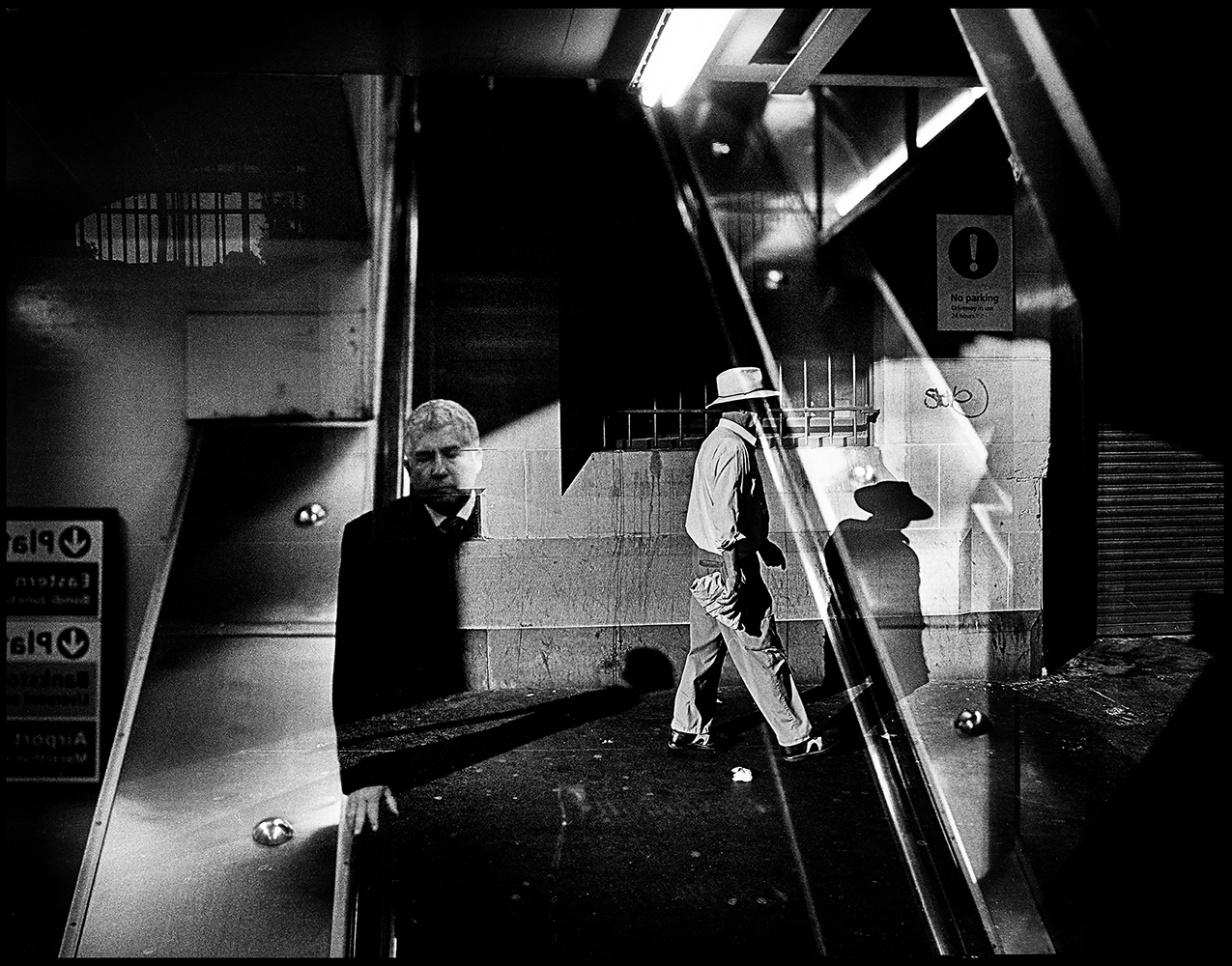 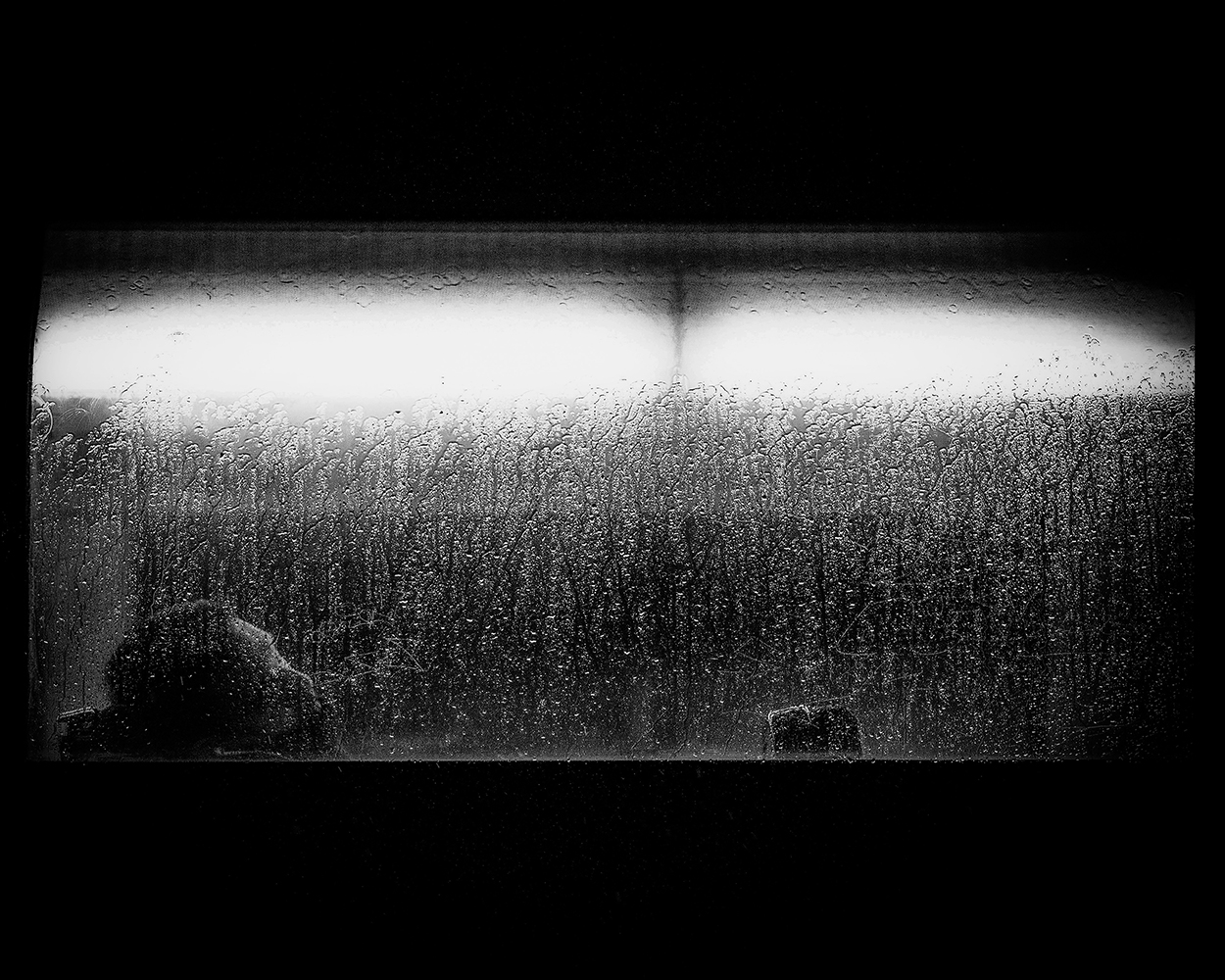 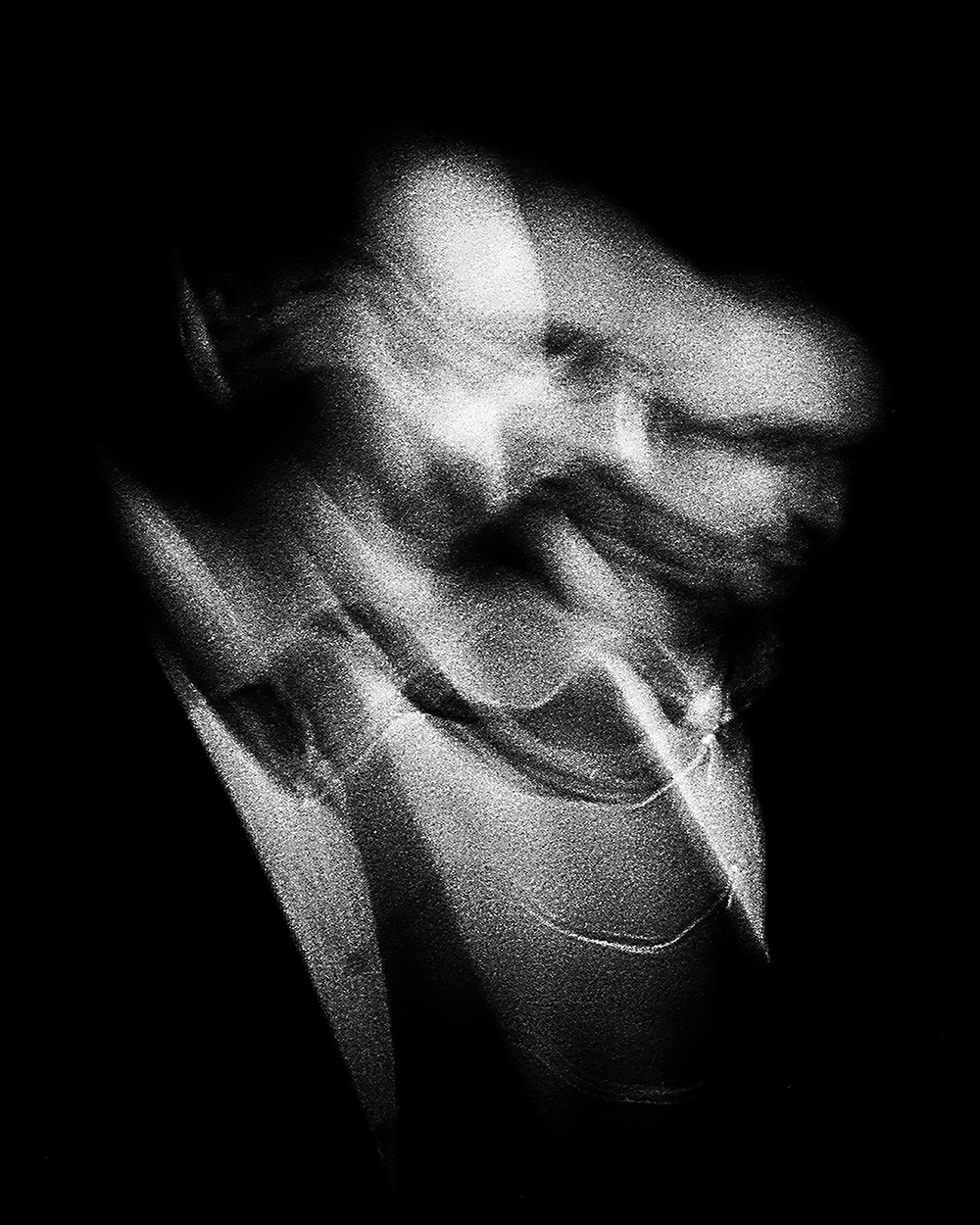 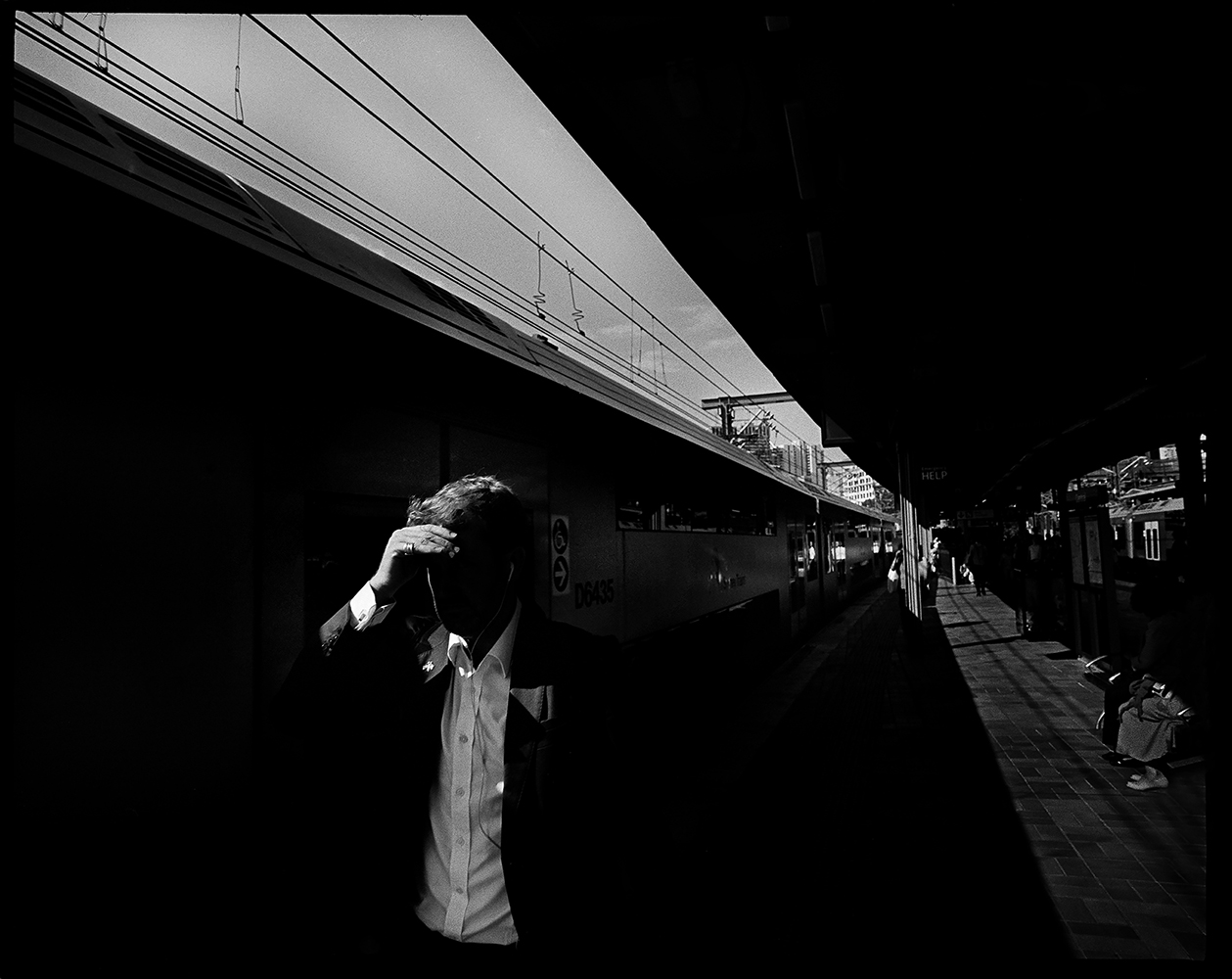 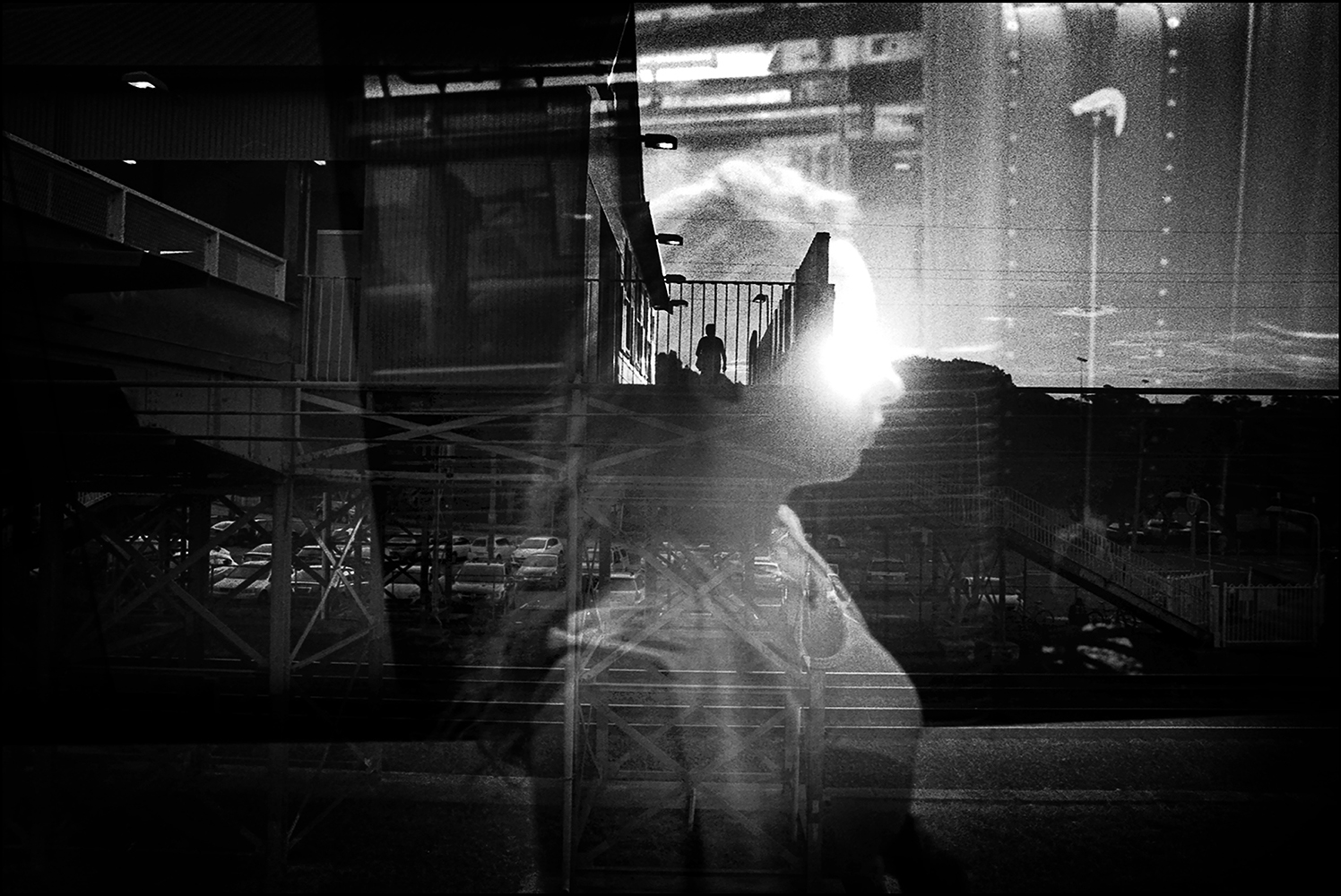 The lens that is used to view a new place is skewed by comparisons to the former place you called home. I will be honest in saying, that I struggled to love this place; I failed to see the poetry in it. I was new to not only a big city, but also to long commutes. And, at the time, I was asking myself a lot of questions about my own choices and also about the quality of life of the people who were travelling with me. It would have been easy for me to tune out. Instead, I used the time to meditate and to take photos. David Alan Harvey, said: photographers can either look out the window at the world or they can look in the mirror. I really felt that I was doing both at the same time. The landscapes in my photos became cold and industrial to an extreme, while the characters started to resemble how I was feeling day to day. The line, why did they make birds so delicate and fine as those sea swallows when the ocean can be so cruel, from Hemingway's, The Old Man and the Sea, used to run through my mind as I would watch people struggling with their daily routines, tired, exhausted, and disconnected.
Sydney has gone through many transitions. I live near the Cook's River by Botany Bay, very close to the spot where Captain Cook, in the HMS Endeavour, made his first encounter with the indigenous people who had occupied the land for what we know to be at least 5000 years. Most of my photos are taken in and around Tempe Station. The station was built in 1884, more than 100 years after cooked arrived. I often wander down to the station late in the evening and, although it's now in one of the most populated and central parts of the city, you can still smell the mangroves and the salt of the sea as the evening's southerly's roll in off of the ocean. My mind often drifts off into thoughts of what it would have been like for the Wyegal people living along these shores for thousands of years and what would have been going through Cook's mind when he first arrived. In the late of the evening you can hear the trains roll in from miles away. They sound like thunderstorms rolling in from the mountains. I watch the faces of the people in the carriages as they pass, shoot rarely, and sometimes hop in for a quick ride into Central Station. In the decade that I have been shooting here, the trains seem to, in my mind at least, be getting busier and busier later into the evenings.
Sydney's population has grown by an estimated million people in the decade that I have lived here. With that growth has come a number of significant challenges. Most notably, the cost of living has made the city one of the most expensive in the world to live. This has meant that house prices have reached unattainable levels for the majority of the population and more and more people are moving further from the city centre to chase the Australian Dream.
I feel incredibly lucky to have arrived in this country when I did. I genuinely worry about Sydney and the future for those who will call it home. Many of my photos are abstractions of my personal subjective view of what I see - the impermanence of our existence in this space and time and the struggles of those trying to cope. My photos have changed in the decade that I have been working on this project, from fellow commuters to those now passing me by. My lens has changed as well, no longer considering myself a foreigner. Many of my photos are abstracts and represent my own subjective views. Others are portraits of the people occupying this space and time. Either way, I hope they are more questions than answers about how we are living and where we are heading.

Knox Bertie is a photographer living and working in Sydney. Working with traditional film and darkroom techniques and documenting his experience with the City.