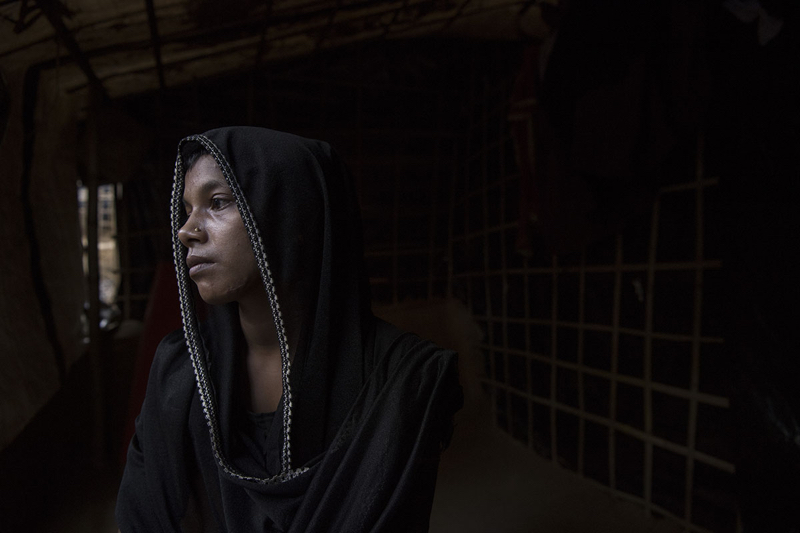 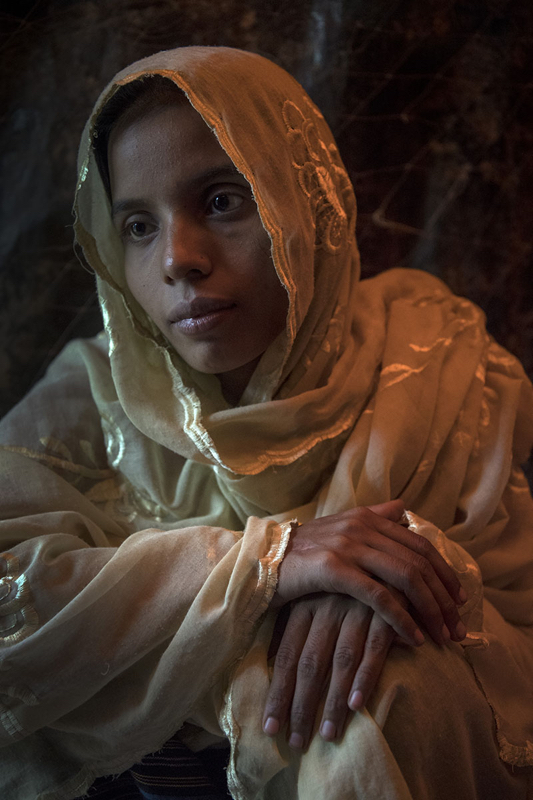 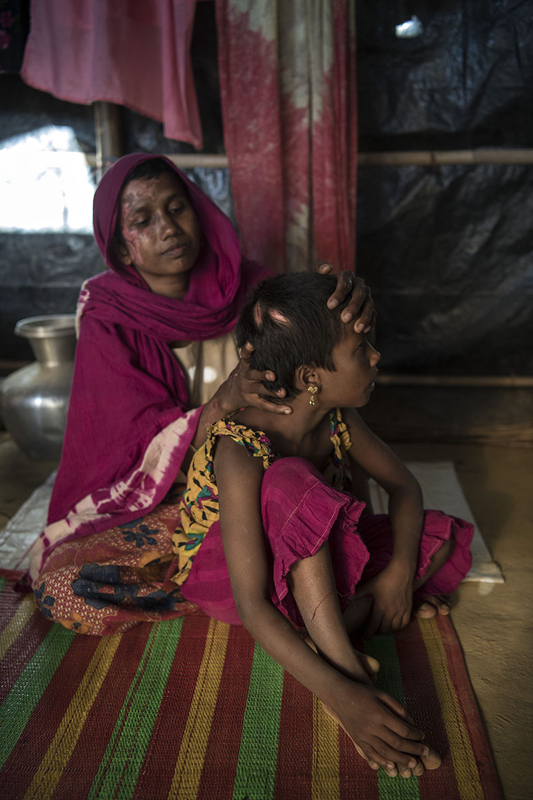 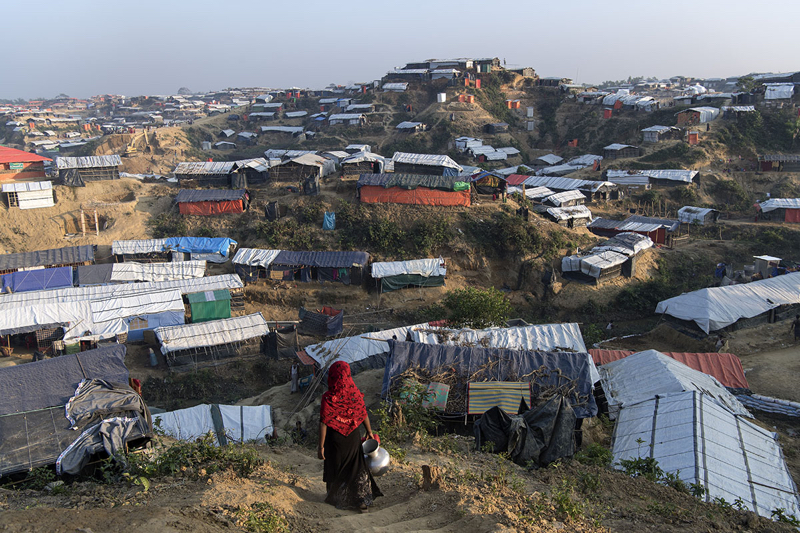 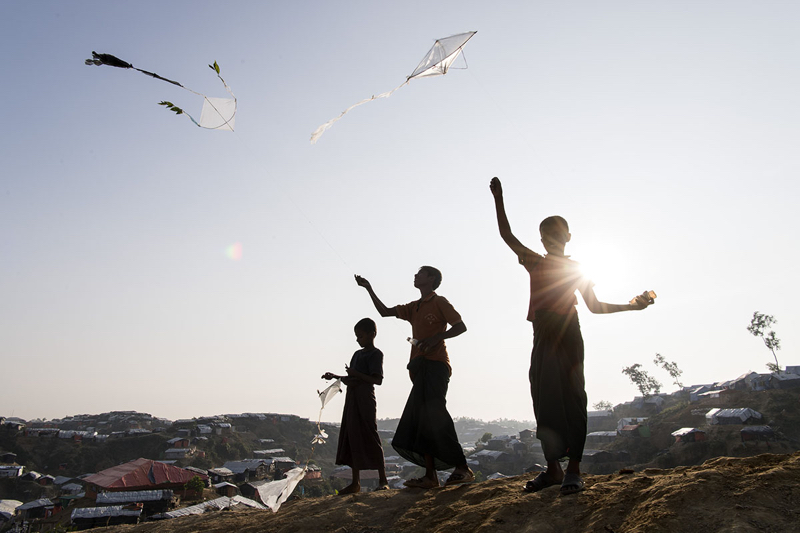 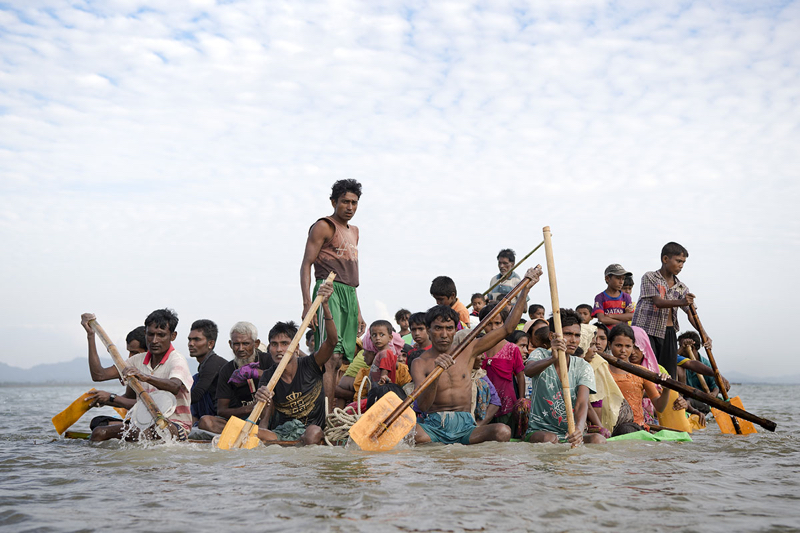 I went to Cox's Bazaar District, Bangladesh, in November-December 2017 as a freelance photojournalist. To a person, we all understood how important it was to play some part in trying to keep this story in the news. If our sources told us there was a refugee-loaded raft on its way into Bangladesh, we shared the information. Most of the survivors we met had told their stories before, to other media, and it was difficult to ask them to relive their horror again. It was hard to imagine how such hatred could be directed towards the people sitting in front of us. These were simple villagers, not insurgents. Mothers, fathers, grandparents, husbands, wives and children: all of the survivors of the unimaginable. The women had been through the worst of it. Their testimony of having their children killed in front of them. Gang rape. Throats cut, hacked with machetes— all to be left for dead. But every person we met that had a story to tell, wanted to tell it. Their stories were consistent. They want the world to know what they have been through.

When: 11am Saturday 4 May
Where: Festival Hub, Paddington Town Hall

AND
as part of Head On Conversations, session 1 Why is nobody paying attention? Recapturing the audience
When: 1.30-2.45pm Saturday 4 May
Where: Imperial Hotel, 252 Oxford St, Paddington, NSW, 2021

David Dare Parker is a Walkley Award-winning photojournalist and NIKON Ambassador. He has photographed for many national and international magazines throughout Asia, the Middle East, Europe and Australasia. Publications include LeMonde, Stern, Australian Geographic, The Bulletin, The New York Times and Time Australia. He is featured in the Australian War Memorial book, "Contact— Australian War Photographers" and "WAR: Degree South". In 2018, he won the documentary category at the 2018 Australian Photography Awards and the Best Feature Photographic Essay at the WA Media Awards.