The Sami | Head On Photo Festival 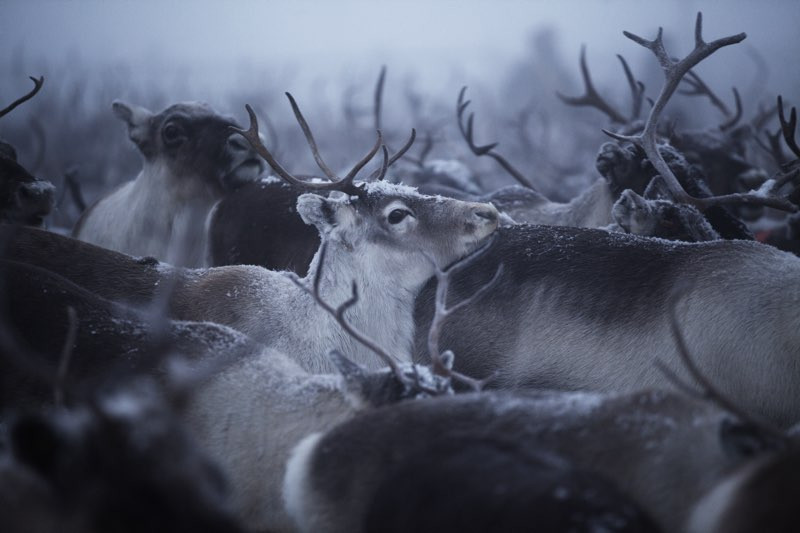 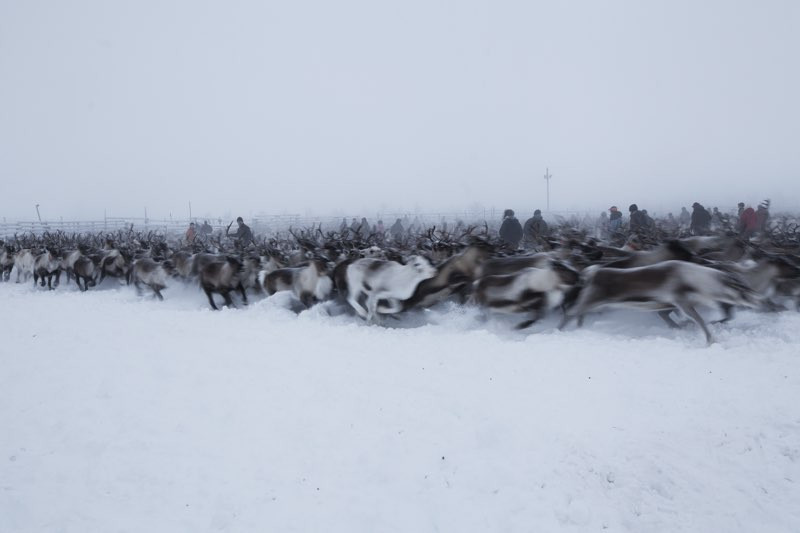 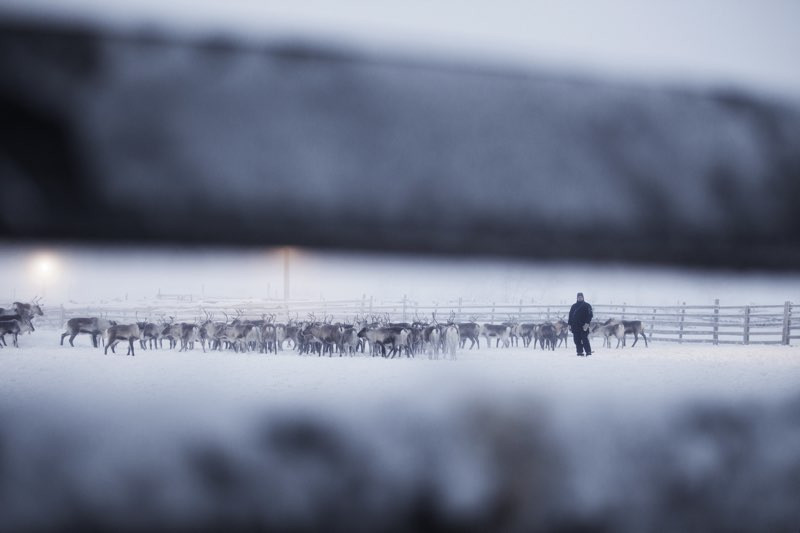 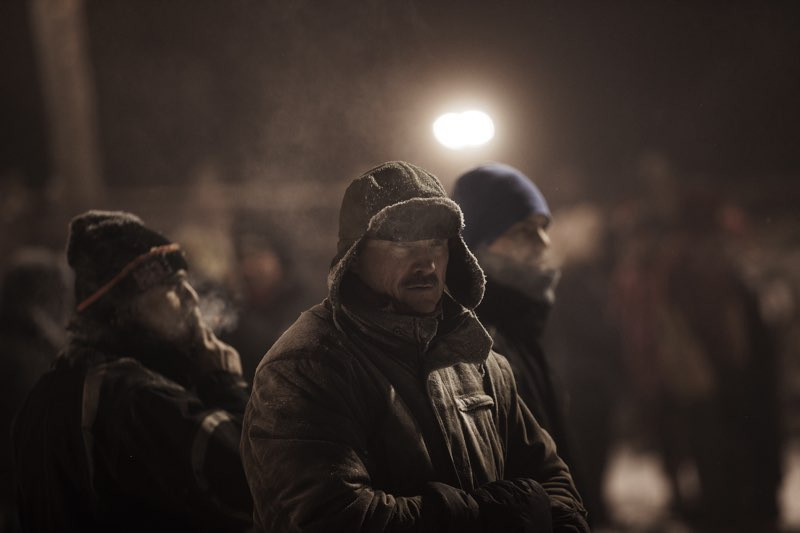 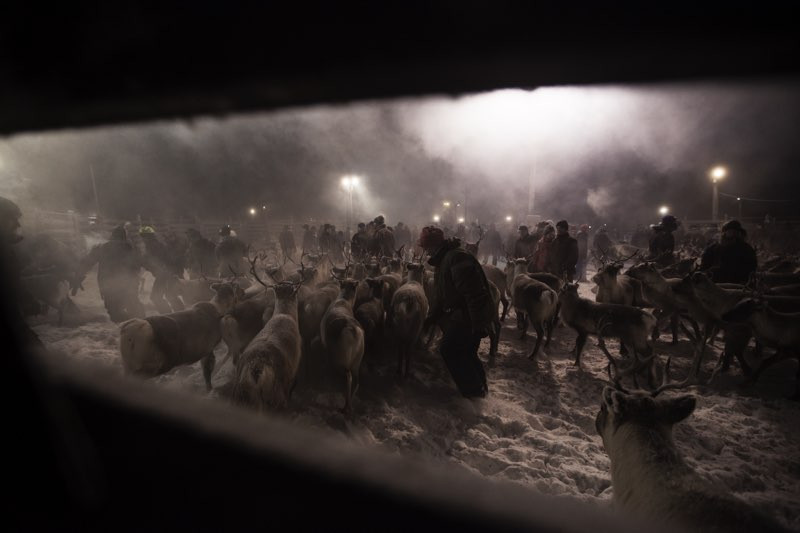 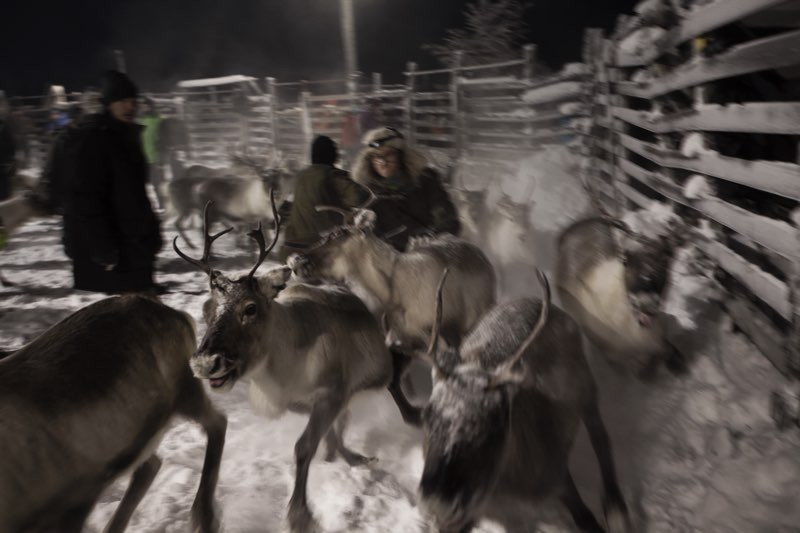 An unending plethora of horns. Reindeer everywhere .. thousands and thousands of them. Unending groups circling in panic. Feet splayed, I saw the reindeer dragged, pulled, hoisted in headlocks, whatever it took to separate them into the appropriate pens. I saw fear in the animal's eyes that from the cold, calm of the mountain, they had been led to this yard of controlled chaos. Although immensely privileged to witness this once in a lifetime, the rare separating of the whole herd of reindeer, it was more than a little confronting, but this is tradition old, a way to live, to survive.

These are the Sami, the indigenous people of Swedish Lapland. Everyone is involved, everyone helps. This is a community. Grandfathers, daughters, sons. They are taught young... the tiny children are brought into the corral amongst the bedlam of reindeer charging round, the young boys perfectly lasso the hind legs of the reindeer. One old lady's face beamed as she told me how special this event was for her to witness. They worked all day and all through the night .. seemingly unending. It was cold and tiring, and I was just watching. With only a faint glimmer of light in the morning, then engulfed in complete darkness and with lenses frosting over in the minus 25 to minus 30 degrees Celsius, I shot crystals of light flickering around the corral. It was both harsh and superbly beautiful. A privilege.

When: 12pm Monday 6 May
Where: Festival Hub, Paddington Town Hall

Emotion is the outpouring of the soul, and I love to capture the beauty of the essence of all different emotions. I love to catch that glimpse in your eyes and hold it stationary in the click of the shutter.. yet alive. I love people, and if you can love, you can perhaps reach inside and grasp the reality of the soul. I love textures, I love contrasts of dark and light. Shooting editorial and commercial work, I am in my element when these areas take me to travel and find the richness of culture.