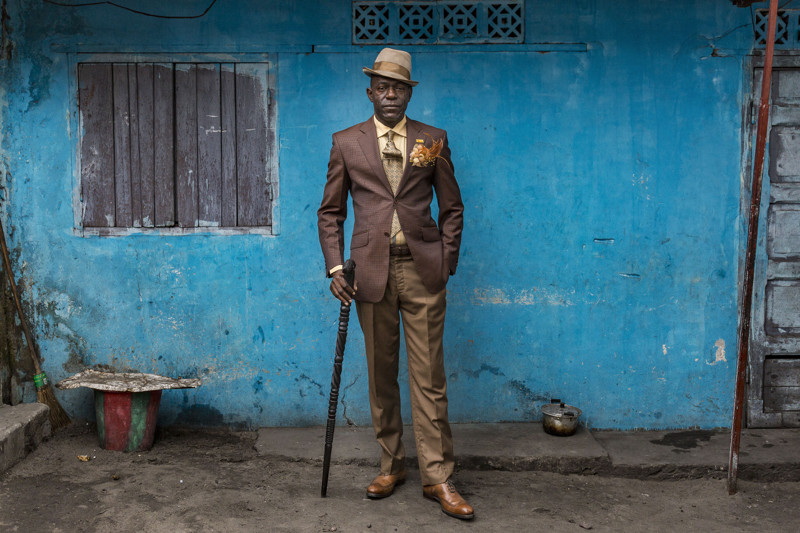 Most have ordinary day jobs as taxi-drivers, tailors and gardeners, but as soon as they clock off, they transform themselves into debonair dandies. Sashaying through the streets, they are treated like rock stars ‚ turning heads, bringing joy to their communities and defying their circumstances.

Spending money on ornate umbrellas and silk socks might seem surreal when almost half the population of the Congo lives in poverty, but the Sape movement aims to do more than just lift the spirits. Over the decades it has functioned as a form of colonial resistance, social activism and peaceful protest.

Traditionally passed down through the male line, many Congolese women have recently begun donning designer suits and becoming Sapeuses. Le Sape is growing followers across central Africa through its exuberance and freedom of expression.

In Jan 2014, Tariq Zaidi gave up a senior corporate position to pursue his passion of documenting social issues, inequality, endangered communities and traditions from around the world.

In 2018 he won "Photographer of the Year" Award of Excellence at POYi75. He was also one of the winners of PDN Photo Annual 2018 and awarded The Marty Forscher Fellowship Fund for outstanding achievement in Humanistic Photography.