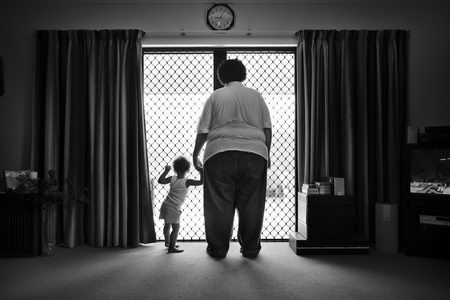 Steven Pelham (29) and his daughter Aeisha (1). I met Steven while photographing the promo of the TV show 'The Biggest Loser'. With a weight over 160kg many would assume that he has a monstrous appetite.  Steve suggested we had Japanese for lunch. While he struggled to finish half of his Bento Box, I swallowed my whole lot in no time, and I weight 64kg.

"It's just not fair" said Steven.

All his previous attempts to lose weight had failed and he hoped joining the show could help him regain his health so he can see his daughter grows up. He has lost over 50kg since.