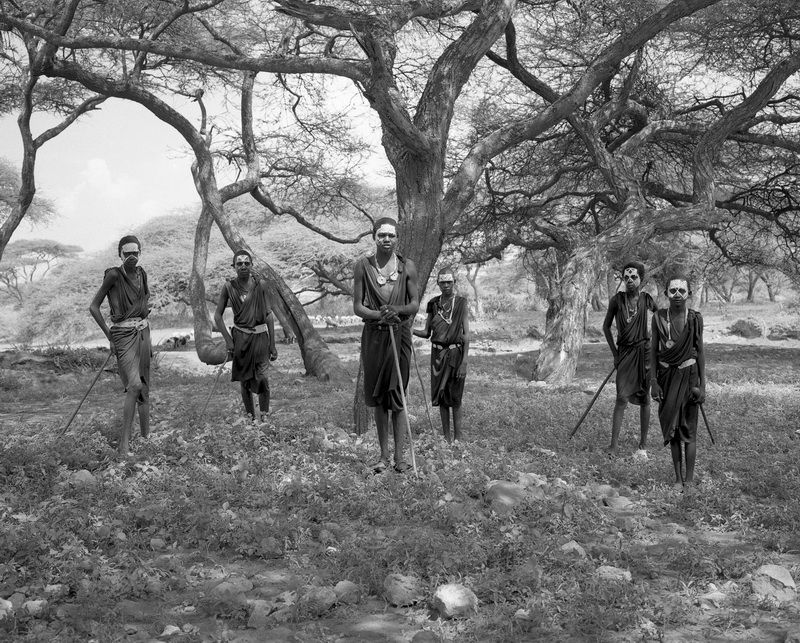 A group of Maasai boys on the outskirts of the Serengeti National Park, Tanzania, 2016.

The face paint marksone of the most significant rites of passage in Maasai culture – a circumcision ceremony. During which, boys who are aged between 12-25 year's old leave their communities and live independently in the east African wilderness for two months. The ceremony itself is done without anesthetic. The boy must endure the pain in silence with expressions of pain bringing dishonor. After this ritual is performed, the boys are considered to be warriors.