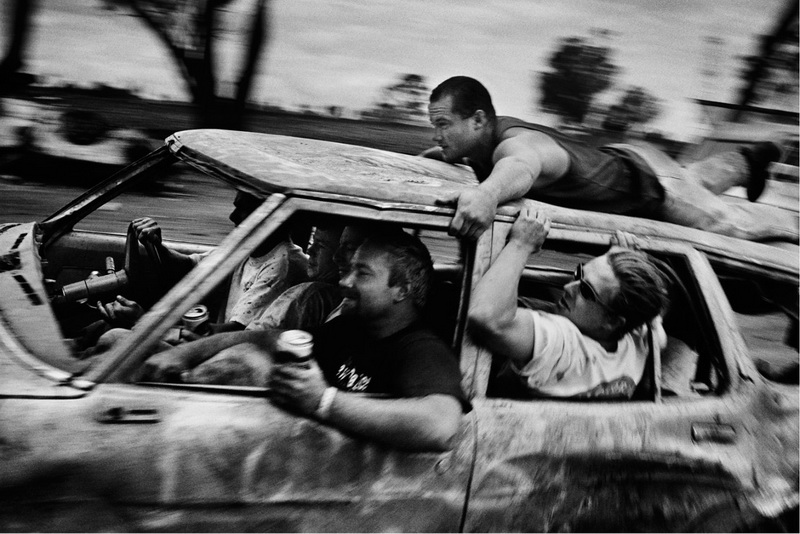 Trent Parke – from Minutes to Midnight
“Australia is a hard country with the droughts and the firestorms and the poverty. And while there is a kind of freedom to it, there is also a stifling sense of inevitability. People in the outback live by standards that city people would never understand. But then you come to realize that it’s just the way people survive and have done for so long.”- Trent Parke

Australian identity has been shaped through imagery since 1841 when the first daguerreotype of Bridge Street in Sydney was taken by a visiting English naval captain, Augustin Lucas.

A year later George Baron Goodman opened the first commercial portrait studio in Sydney where he took thousands of pictures before returning to England.

In the mid-20th century, a wave of European migrants contributed to the modernist style and to the creation of a vibrant photographic community in Australia.

However, Australian photography matured in the seventies and eighties as Australian identity evolved into a global multicultural society giving a voice to silent sections of the community.

Here are some defining images of Australia, some by very well-known photographers and other lesser-known - each however, depict the unique Australian place and culture.

Max Dupain’s ‘The Sunbaker’, one of Australia’s most famous images encapsulates the sun, sea and surf  of a stereotypical ‘Aussie’ culture that eight decades later still defines a significant element of Australian cultural life.

This was the first of Olive Cotton’s photographs to be exhibited outside Australia (in London, 1935). In 1991, Australia Post used it on a stamp to commemorate 150 years of photography.

David Moore’s famous image of migrants arriving in Sydney capture the mixed emotions of migrants hoping for a better life in Australia; an ideal as relevant today as it was in 1966.

Carol Jerrems’s images of life in the 1970’s depict her commitment to feminism and social change across issues we are still examining today - gender relations, sexuality and cultural mores.

This image of Prime Minister Gough Whitlam and Vincent Lingiari at the ceremony of handing over the deeds of Wattie Creek back to the Gurindji people is iconic on many levels. Mervyn Bishop of the Murri people was a staff photographer at the Department of Aboriginal Affairs, Canberra when he both captured and created a historic moment representing a major event in the Aboriginal land rights movement.

Through carefully constructed imagery, this quintessential and iconic series explores hopes and dreams that transcend socio-economic status, race and gender. 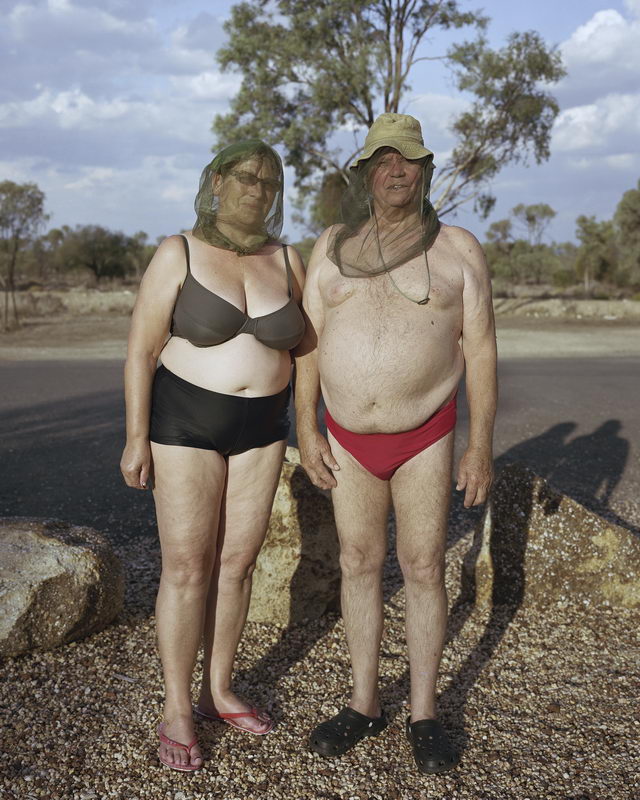 "It took three days of convincing for my subjects John and Julie to allow me to take their portrait. I was drawn to their unique solution of wearing mosquito nets as headdresses, to combat against the relentless flies.

'John and Julie’ is drawn from a larger body of work documenting the people along the Basin Region. Lightning ridge hot springs draws many Europeans due to its semblance to home, although the temperature and landscape could not be more different. It has become a place where friends return every year, adding to the already diverse population of the region." 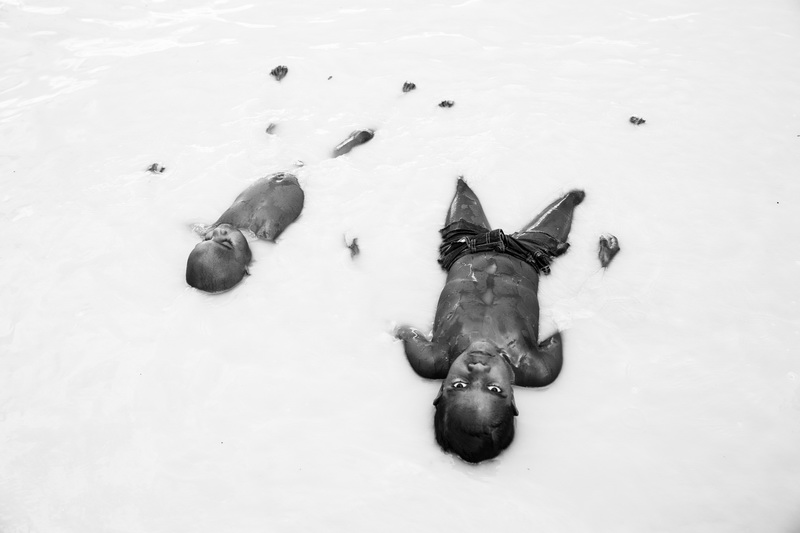 "In my project called 'Ngala Wongga (come and talk) – Cultural Significance of Languages in the Western Australian Goldfields', I  had the opportunity to meet Martu speakers. Glenys Williams took me on a bush trip with her family to the steps of her childhood around the Wiluna mission and the claypan. We took roo tails, made dampers and sat around the fire watching the landscape and the slowly approaching storm as Levi and Keneisha, her grand-children floated in the claypan.'' 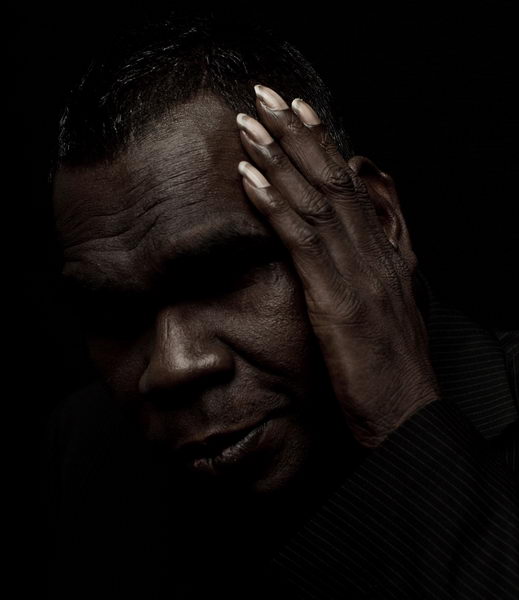 ''There is haunting purity in Gurrumul’s voice and nothing on Earth like it. There was an ease, and calm, vulnerability, truth and fortitude that I learned from taking Gurrumul’s picture. It’s something I have never experienced before and which I am very grateful for.'' 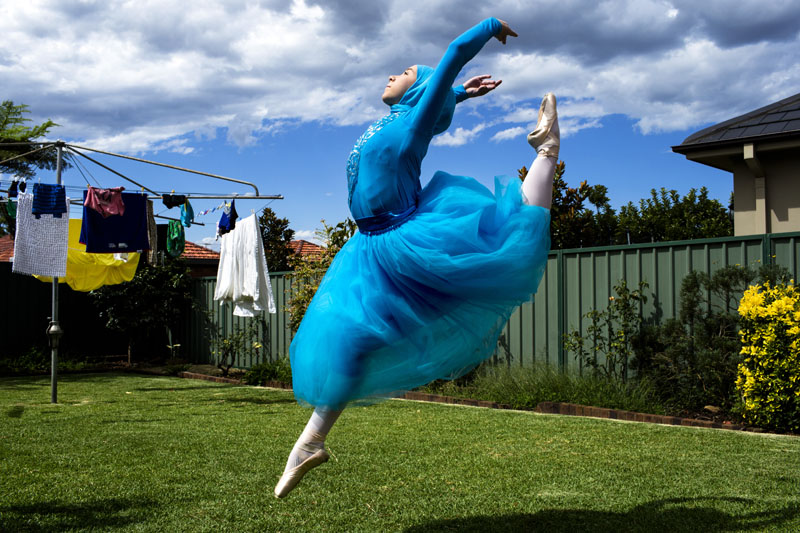 John Terilli 'Mr Universe' was the first Australian to claim that title. He now owns a gym and has just shot a feature film. In this photograph I wanted to show how such a mundane chore of watering the garden could be turned into such an exciting spectacle by a man of his status. 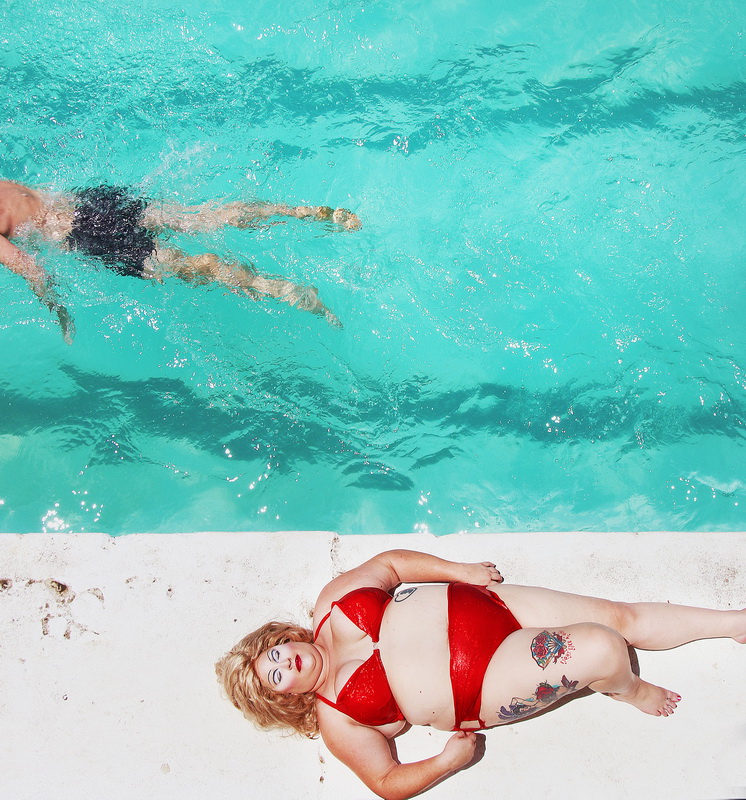 A friend in an iconic Bondi setting. Bodies are diverse and as the opposite of a 'perfectly toned, bronzed Aussie fit chick', Nicole is unfit and fabulous. 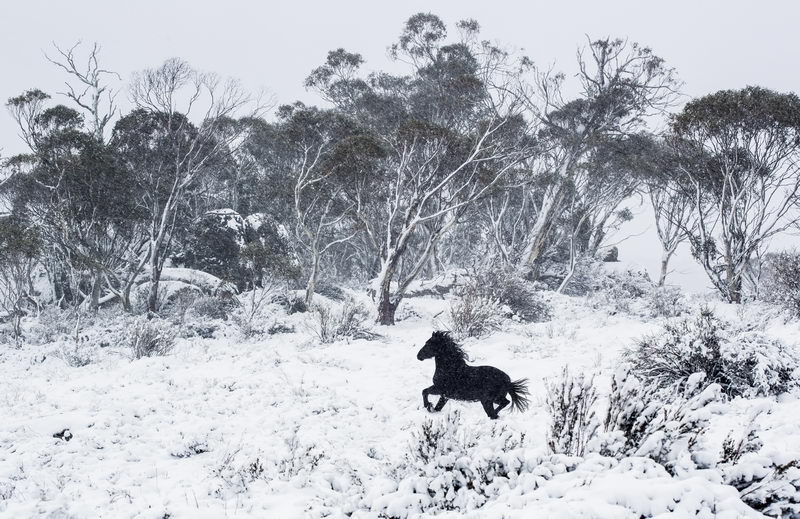 Descendants of mares and stallions brought to Australia by British settlers over 200 years ago, wild brumbies have survived the dry outback, snow-covered mountains and thick bushland regions.  Australia is thought to have the largest population of wild horses in the world, however, the future of the brumby in the Snowy Mountains in New South Wales is uncertain. In order to protect fragile alpine and sub-alpine environments, the state government is implementing a 'wild horse management plan' that aims to cull 90% of the brumbies over the next 20 years. An emotive and complex issue that divides the community. 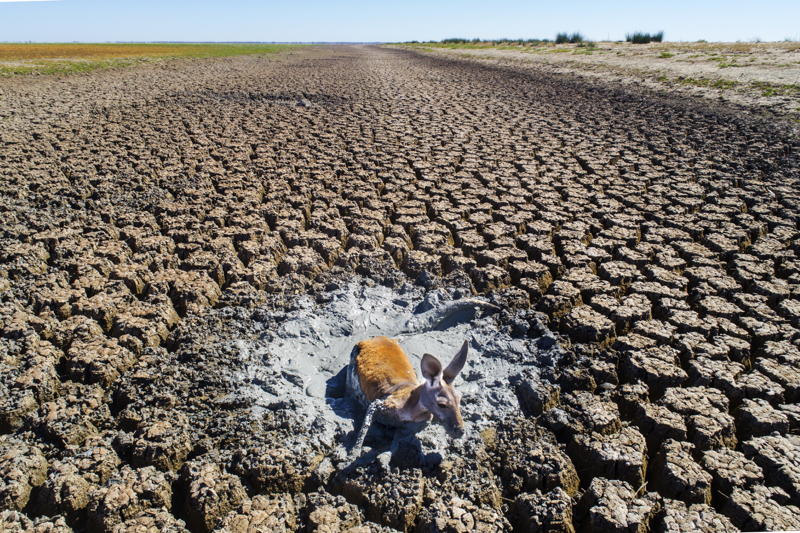 Nicholas Moir - Death on the Darling

A red kangaroo drawn to the last drops of water left in the Darling River system became stuck in the thick mud in the centre of Lake Cawndilla near Menindee. Dozens of roos, sheep, goats and emus became stuck too far into the lake to rescue and were so close to death that they had to be put down. Extreme drought and high temperatures along with poor water management have left the Darling River a barren crack in the land with only a few miles of blue-green algae-filled water near Menindee that is now filled with the dying carcasses of fish. 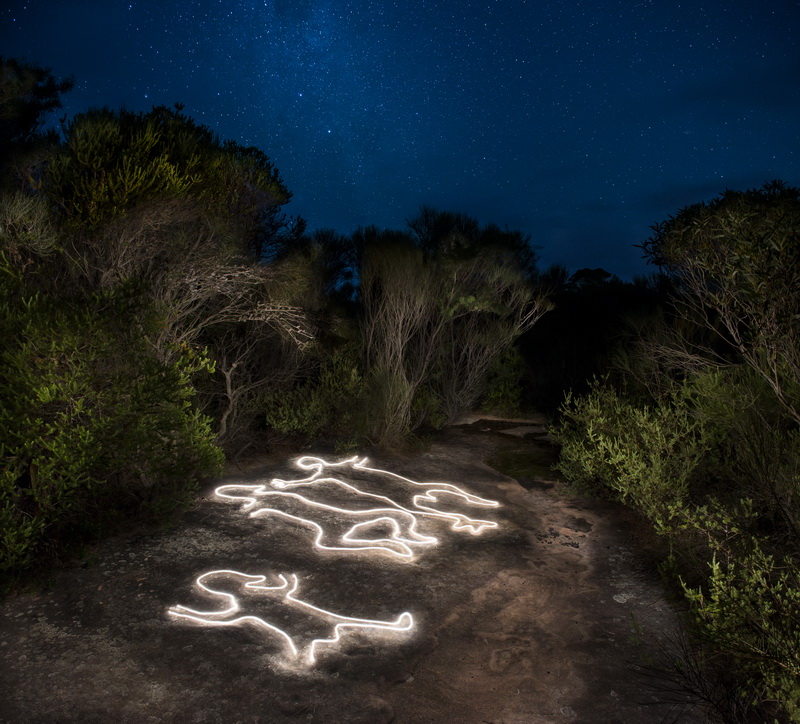 This work acknowledges the Dharawal people, and their invaluable cultural legacy on the land. This site shows pre-European engravings of the Wakilag sisters in the Yuin Black Duck Dreaming. These sisters are just a part of a significant increase ceremony comprised of Dancing Men, the Great Snake and Marloo, and the Old Men Axe site. The process of light painting these engravings is an artistic interpretation and hence the photo does not claim to be an exact historic recording. 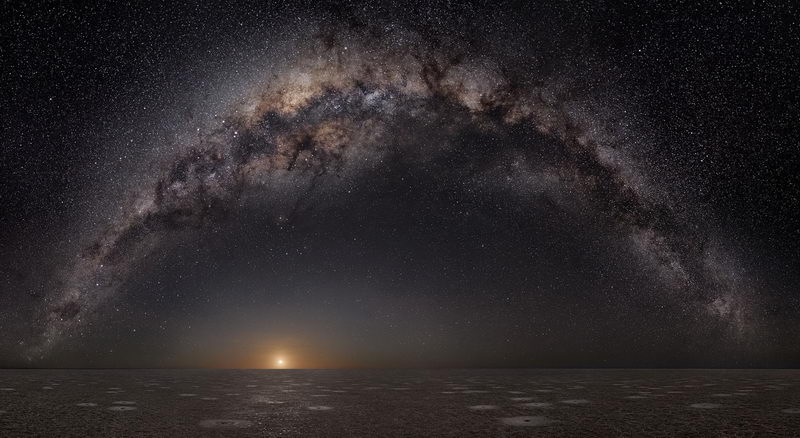