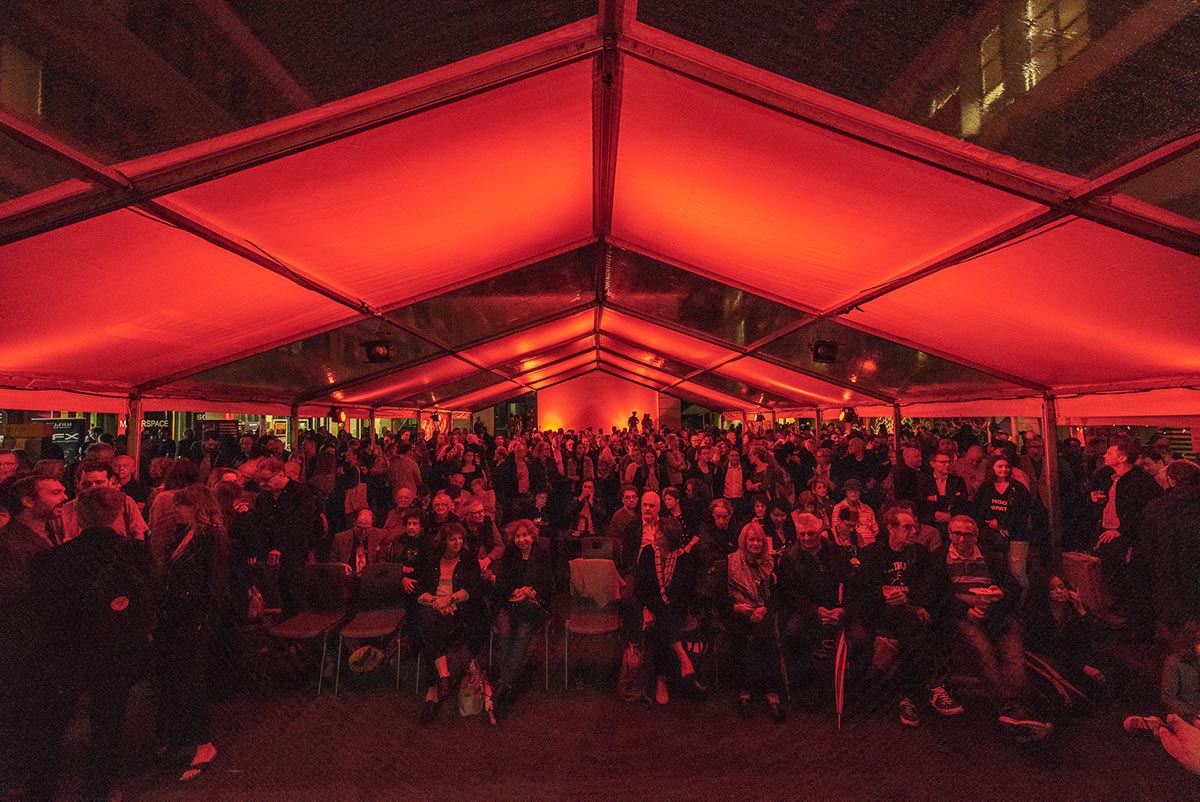 It is our pleasure to announce the winners and finalists for the 15th Head On Photo Awards. This iteration saw us receive thousands of entries from over 30 different countries. Our team of judges worked hard over a two week period to painstakingly review the entries to decide on this year's Finalists and winners.

The winners were announced in front of over 2000 people on 4 May at the Launch of Head On Photo Festival 2019 at the campus of our launch event partner UNSW Art and Design, Paddington.

Pioneertown sits in the basin of the San Bernardino High Desert, where it is so black at night you can barely see a foot in front of you. Sheryl sits in her taxi outside Pappy & Harriet's bar, waiting for her husband to finish drinking so she can take him home.

With the sun setting, playful André lies on the sand; the ocean seems to wash away my little boy to reveal the young man he will become.

My mother-in-law, reading a newspaper in the garden.

The Head On Portrait Prize 2019 is showing 4-19 May (daily) at the Festival Hub, Paddington Town Hall,249 Oxford St

This photograph is of a diorama: a model of Arizona permanently installed in New York. The diorama's original intent was to inspire environmentalism and visually preserve a unique landscape. I reinterpreted the scene; three-dimensional taxidermied birds and flora, and a two-dimensional painted mural in the background to produce a picture-perfect landscape, alerting the viewer to the disappearance of the natural landscape and the dissolving of two seemingly separate categories - nature and culture.

Joel Jimenez - When the dust settles

There is a symbiotic relationship between humanity and the landscape, continually evolving, changing and influencing one another. These traces of human intervention deal with themes of longingness, solitude, and nostalgia in contemporary society, through ambiguous and elusive imagery that respond to the personal experience of the land we inhabit.

The Big Trout in the trout fishing village of Adaminaby weighs 2.5 tonnes and holds the illustrious title of the world's biggest trout. Seemingly leaping into the air to swallow a fortuitously placed star trail, the fish is given a new lease of life. This image, part of an ongoing project about the Snowy Hydro Scheme and surrounding region in NSW, explores the balance between nature and man's intervention - vast structures amongst epic landscapes, re-shaped waterways and newly created ones. Also the exploration of life in the region - skiing in winter; walking, boating and fishing in warmer months.

The Head On Landscape Prize 2019 is showing 6-30 May (Mon-Fri) at the Parliament of NSW, 6 Macquarie St, Sydney

On a hot day, the whole family was at the beach. My niece had been swimming all day and it was time for a rest. I looked up and took a photo that was not so typical of our family photos, no silly faces or asking them to pose. I found my self asking what is she thinking about? It was the first time I saw her not as a child but as becoming so grown up.

This photo is all about nature, textures and ice, the real stuff.

My grandma was brought into the hospital with severe pressure sores, dementia, pneumonia and weighing only 45 kg. She is completely reliant on nurses and no longer knows who I am. Although she was smiling, you could tell she was in pain and it wasn't a genuine smile, as though she was just copying my smile. I was shocked to see her this way and wanted to capture the sadness in a photo before she passed away.

A portrait focusing on forced advertising of commercial products.

Is it her hair, her smile, her laugh? The clothes she wears, the shoes. Is it because she's not the same? Nothing is; everything moves, everything changes, fashion, hairstyles, and people. Why is it like that, why do you think that? This image describes change and the effects of it, the different tones of lighting portray each individual to be their unique selves.