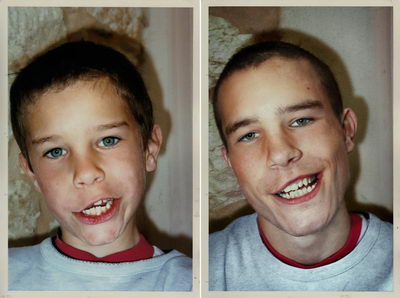 In an Australian first, David Alan Harvey – Magnum member, mentor and curator – is bringing the spectrum of his life's work to Sydney as a guest of Head On Photo Festival in May 2012. This article by Lyndal Irons first appeared in the current issue of Better Photography.

The Head On Photo Festival is hosting Harvey's first Australian solo show and access for a small number of photographers to take part in his legendary workshops. Also on display at Bondi Pavilion will be a collection of work from Burn – a platform curated by Harvey for emerging photographers.

Burn, he admits, is hard to define.

“Burn is not something I created or thought up,” he said. “Burn is just an online extension of what I do and who I am.”

Launched as an online magazine in late 2008, Burn began as a spin-off of Harvey's personal blog Road Trips and rapidly grew in popularity as a place to see and discuss cutting edge new photographic work.

One exciting thing the site offers that others do not is the chance to enter into discussion with a master photographer and mentor, to hear his thoughts on the work presented and the chance for young photographers to have their own work in front of him too.

“Even though I had been shooting for magazines with millions of viewers, it was all abstract,” explains Harvey. “Forty million readers of National Geographic was nothing you could touch or see of feel. Road Trips put me in contact with my audience. I just took my mentoring and workshop experience and put it online – I spoke to my online audience the way I would to a class.”

Burn 02, a collection curated from the second print magazine, will show at Bondi Pavilion during May before moving on to Milan. It will feature specially commissioned work from Magnum colleagues Bruce Gilden and Paolo Pellegrin, alongside a host of lesser known, but brilliantly talented new, young photographers.

“This has been my goal from the beginning,” said Harvey. “To honour the legends, but leave most of the space for the emerging new photographers who will become the legends of tomorrow.”

Harvey has been mentoring since he was a student at 22. His workshops (frequently described as life-changing) focus on unlocking ideas and opinions buried by routine, work schedules and obligations.

“The key thing I stress with Burn magazine everyday is to have authorship,” he said. “How can you do anything creative if you don't have anything to say?”

At 67, Harvey himself still has plenty of things to communicate. His solo show, One Night in Rio, is a personal, semi-fictionalised account of one of his favourite cities and the final chapter of a wider book. It will show at the Australian Centre for Photography in May as a highlight of Head On Photo Festival.

“My kind of photography is way more about feeling than it is about explaining,” he writes in the accompanying blog. “Feeling a place, rather than looking at a place. There are other photographers who will show you what Rio looks like. My intention with this book is to make you feel it, be it, live it.”

For the modest price of USD$1.99, Harvey shared contact sheets, editing choices, photos uploaded in the heat of the moment and a deep insight into his thoughts as the work took place.

“It was a bit scary with this 'performance art' aspect to it,” he admits. “However, I started early as a newspaper photographer needing to make good pictures every day in any kind of situation. I grew up in the school of making interesting pictures anywhere of anything. Henri Cartier Bresson, Robert Frank and many painters influenced me in my early years that everything was in the eye of the beholder.”

His experiment has also put forward an alternate model for established photographers to cover costs in their personal projects.

“I wanted to try to create a model for others”, he said. “Everyone said that no one would pay for content on the web. The fact is that people will pay for unique content. I will. Others seem to agree. Particularly if it is a combo of education and is fun to see, entertaining, enjoyable, and they learn something … hard to beat that combo!”

Harvey's Rio book will to be launched alongside the One Night in Rio exhibition to open Head On Photo Festival. He will also run a masterclass for a small number of participants at Bondi Pavilion.