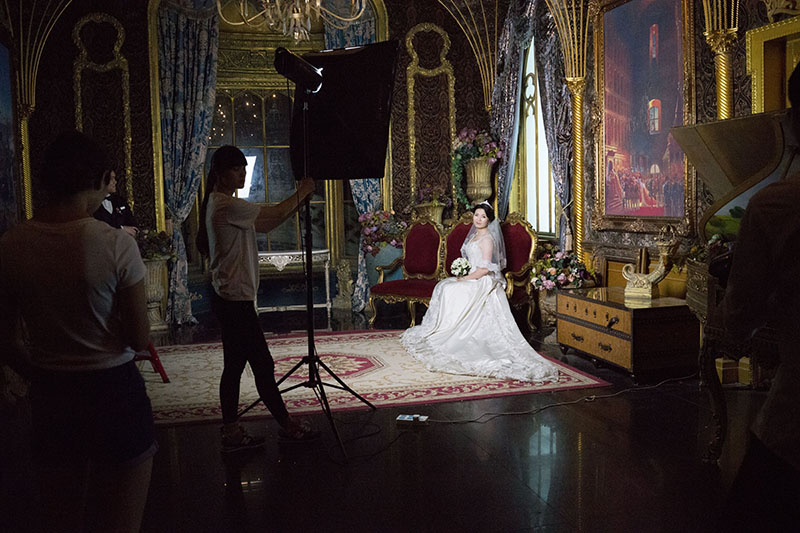 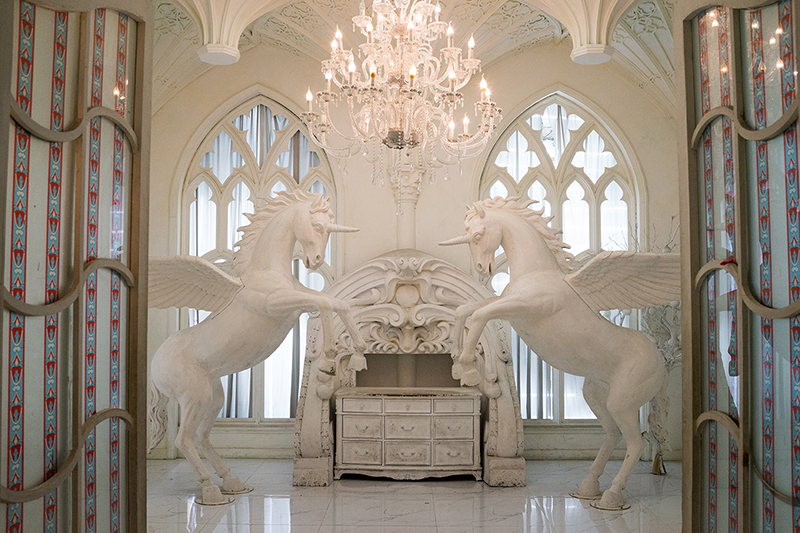 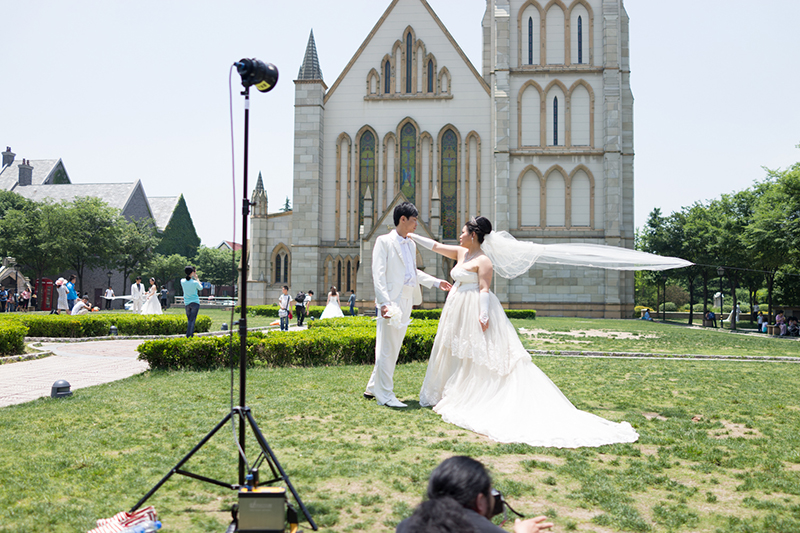 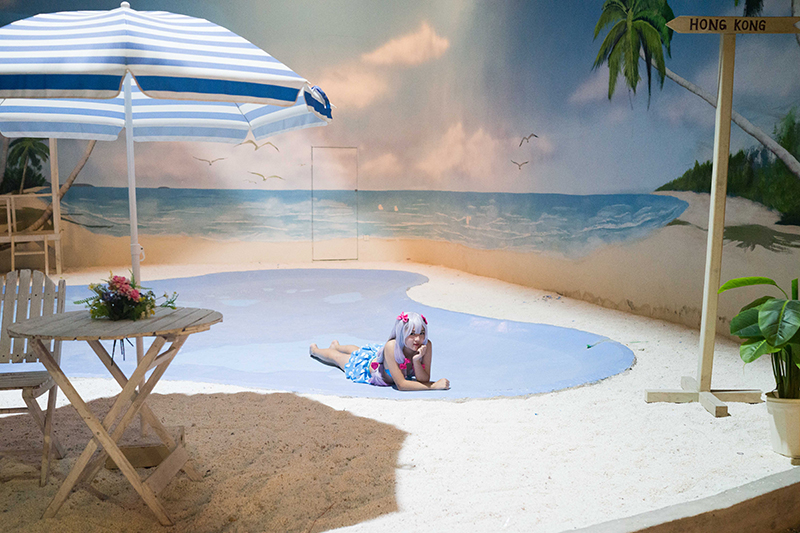 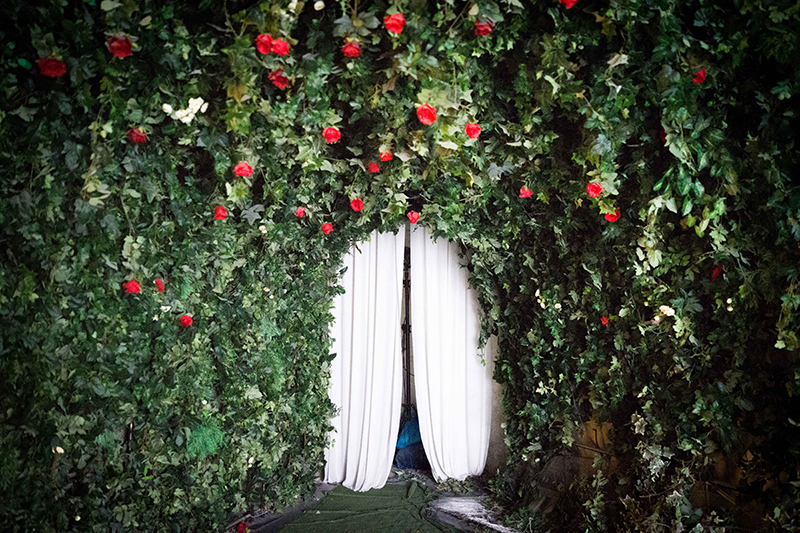 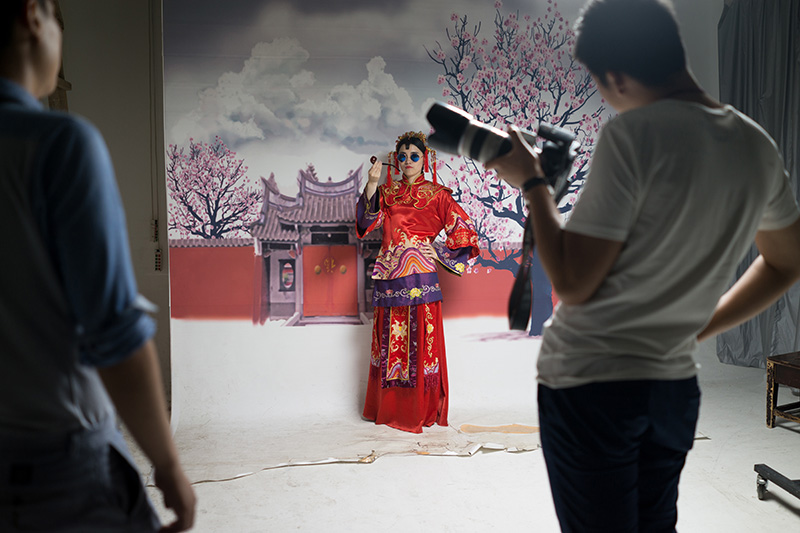 This is a small selection from a long-term photo series I have been working on for the past two years in China. When I first arrived in Shanghai I began noticing couples on every street being photographed in flamboyant wedding costumes. When I delved deeper I discovered this was a curious window into understanding China.

Just over 40 years ago, marriage in China was arranged by the state, by the army or by the parents. Couples were matched for the practicalities of social responsibility, for their families and ultimately for their country. Wedding photos consisted of one black and white passport photo of the couple, primarily as proof of the marriage.

Now China’s rapidly increasing wedding industry has an annual revenue of 80 billion dollars. Pre-wedding photography is one of the most significant and curious parts of the industry. Every couple marrying in China will take part in a pre-wedding shoot up to one year before the actual ceremony. The day involves several costume and backdrop changes, where you can become a character in any fantasy you choose. In more exotic locations couples will pay up to $250 thousand dollars for the shoot. It has become an important national ritual. Yet again, it is proof of the marriage. But this time, more importantly, proof of the love, the romance, the freedom, the money and the new China dream. What I became so excited by as I progressed with this project was the construction of a new memory for a nation through the power of photography.

The series has been published in TIME Magazine and is now part of a feature-length documentary opening at Sydney Film Festival 2018 supported by ABC Artsville and Screen Australia. A self-published book will also be avilable.

Olivia is an Australian documentary photographer/ filmmaker based in Shanghai. She has exhibited throughout Australia and China including solo shows at the ACP, Customs House, Brisbane Museum, Liangzhou Photo Festival and Photo Shanghai, + various group shows. She is part of a group of photo and video journalists in China called the Eyes On China project. She shoots for various international magazines and newspapers. Recently, her pre-wedding photo series was featured in TIME Magazine’s Lightbox. She is currently directing a feature film documentary, based on this series, for ABC Arts, which will premiere at Sydney Film Festival, funded by Screen Australia. An accompanying book will be published. She has Hons degree in Photomedia from COFA.