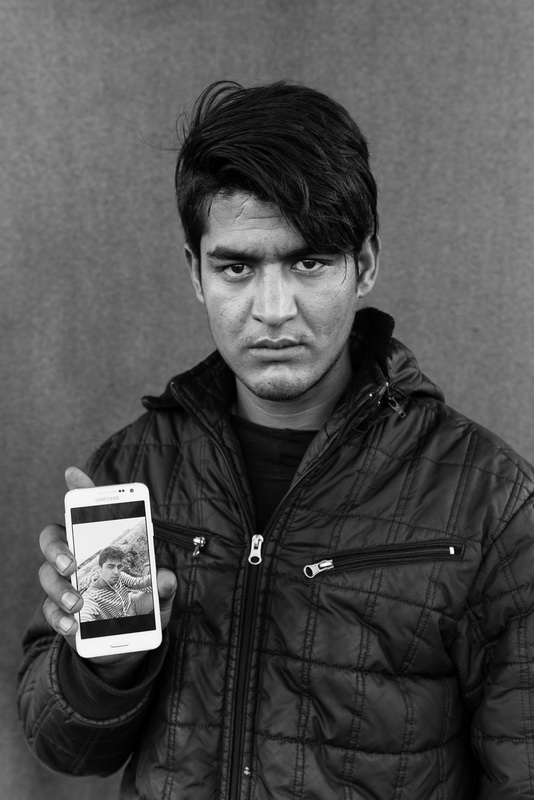 Naingal (18) holds a photo of his dead cousin Rahmajan Hanifi (18) who tried to cross a frozen river at the Serbian-Hungarian border. As the ice broke Rahmajan fell in the water. Hungarian border security guards watched him dying but did not help.

About 1000 migrants, mostly men from Afghanistan, are living under severe conditions in an abandoned train depot next to Belgrade's main train station. Out of desperation, many have tried to cross the border to Hungary illegally, only to be beaten up and sent back to Serbia.