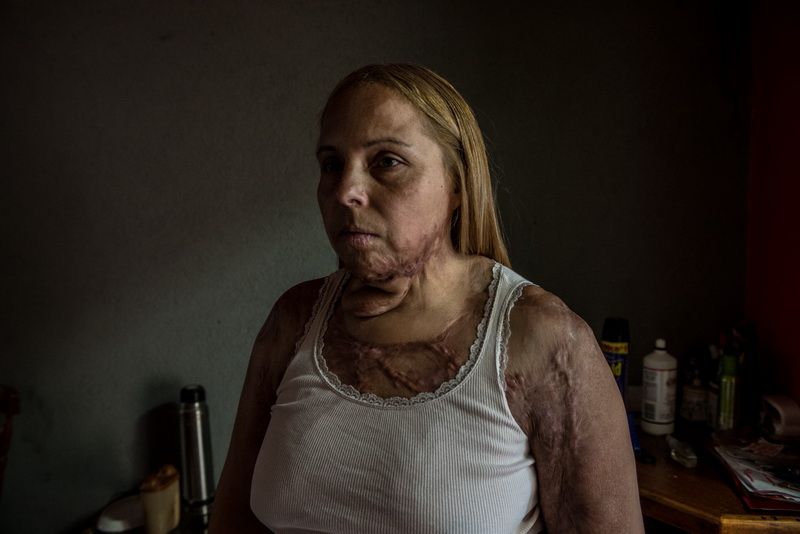 San Antonio de Padua, Argentina. Karina Abregu, (42) married at 28 years old and afer eleven years of violence was burned by her alcoholic husband. She currently can't work due to her health and doesn't receive any government support. Her ex husband's family and friends threaten her so a police car stands in front of her house 24 hours a day. She is fighting for her rights and her sister Carolina started a campaign 'Justicia por Karina'. This portrait  'Ni una Menos', is part of a long term project on gender violence in Argentina and is named for the movement created in 2015 against gender violence in Argentina.

Ni una Menos has had unprecedented success mobilizing the masses against gender violence. In March 2017, during an international strike, 400,000 women marched in Buenos Aires as did millions more in 46 countries around the world. The movement spread to other Latin American countries, Europe and USA. In Argentina feminicide, the killing of women is a new category of crime recorded in the Criminal Code in 2012 and is punishable by life imprisonment. Despite the tightening of legislation  murders of women are increasing in the country. According to current statistics, a woman is killed every eighteen hours.