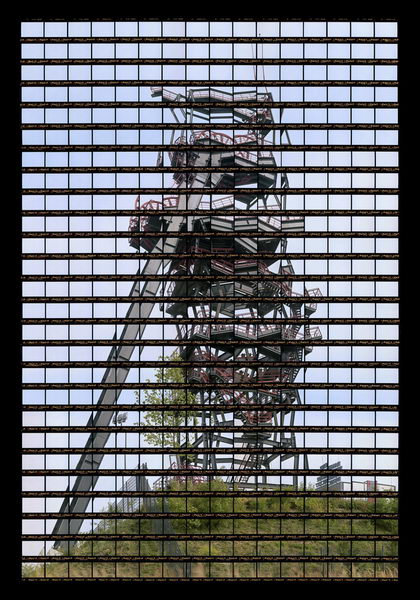 Two German gentlemen of Siegen in the land of the Tsars

The same as his countryman and predecessor in the Urals, Georg Wilhelm Henning, Kellner reconstructs the customary world so that it stays in movement and continually delivers new perspectives today and in the future as well. (Irina Chmyrewa)

This project deals in an artistic-photographical manner with two important industrial areas in Germany and Russia, which are liked to each other through the common history of industrial culture. Iâ€™m talking of my hometown Siegen and two of the biggest cities of Russia, Yekaterinburg and Perm.
There is something that scarcely anybody knows: Yekaterinburg and Perm were founded by the native of Siegen, Georg Wilhelm Henning. Georg Wilhelm de Gennin as he is called in Russia, October 11th 1676 till April 12th 1750, was a German born officer and artificer, who was invited from Peter the Great to Russia because of having an outstanding knowledge in metallurgy. In the 1720ies he founded the first mining schools in Russia, travelled to Europe to promote specialists in mining and built new plants in the Urals, which developed in a minimum of time to one of the most important economic and educational centre: Yekaterinburg and Perm.
In 2013 I followed the traces of Henning and photographed important enterprises in Germany and Russia to show their similarity, namely the processing of steel and metal. As result there emerged a series about the industrial architecture in the Siegerland and the Urals, that presents the heretofore little known relation between these industrial areas. The exhibition with my works started already in November in Yekaterinburg und moves afterwards to Moscow, Krasnodar, Pingyao (China) and back to Siegen. In addition, there will be a book with wonderful photographs showing on 120 pages the industrial architecture and culture of different regions, and essays telling interesting things about the Siegerland, the origins of Henning and my work as an artist.
Since 1989 I'm living in Siegen and since 1997 I'm working there as a freelance artist and photographer. My works were shown in solo exhibitions in London, Paris, Brasilia and New York. Museums, like in Houston, Chicago, Rochester and Rio de Janeiro bought my pictures for their collections. My works for the bicentenary jubilee of the Boston Athenaeum and for the 50th anniversary of Brasilia's capitol Braslia, belong to the biggest projects of the last years that I worked on.

The architecture is similar to a full stop which completes the artistic process and at the same time is the starting point for the observer's new artistic journey - that is what Kellner does. (Irina Chmyrewa)